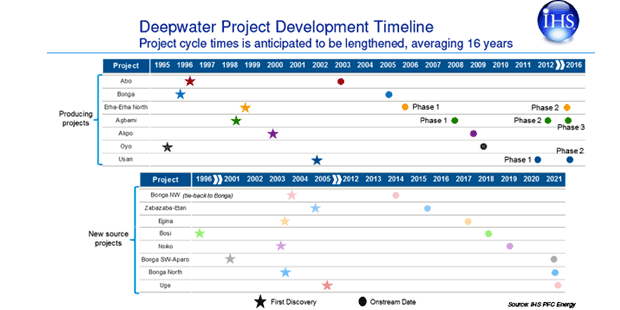 The subject fields are Zabazaba and Etan, which are to be developed as a cluster. Investment decision hasn’t yet been taken, and could possibly happen before the end of 2014, but the company has gone far in the contract tendering process. The Field Development Plan calls for conversion of a Very Large Crude Carrier (VLCC) to a Floating Production Storage and Offloading (FPSO). The two fields are in water depths of between 1,500 and 2,000metres.

OPL 245 has been the subject of intense rancour in the media in the last two years. Opposition to the sale of 40% equity on the lease, by Malabu Oil and Gas, a company owned by former Nigerian Petroleum Minister, Dan Etete, for a consideration of over $1billion to Shell and ENI(parent of Agip), had been set on moral, ethical grounds. Legally, the Nigerian government awarded the acreage to the company in 2006.

Media and civil society types have been particularly upset with the Nigerian authorities’ involvement in midwifing the deal between Malabu and these two European companies. Global Witness, a Non Profit campaigner against natural resource-related conflict and corruption worldwide, claimed it had “exposed” how ‘Nigerian subsidiaries of Shell and ENI had agreed to pay the Nigerian Government US$1,092,040,000 to acquire offshore oil block OPL 245’.

ENI, the technical operator of the asset, has a record of getting from investment decision to production in a relatively short amount of time. In Nigeria, it was the first company to put a deepwater field in production. First oil from ENI operated Abo field, discovered in 1997 in 550metres of water, came online in April 2003, 19 months before Shell operated Bonga, which was discovered a year before Abo, in the same country.