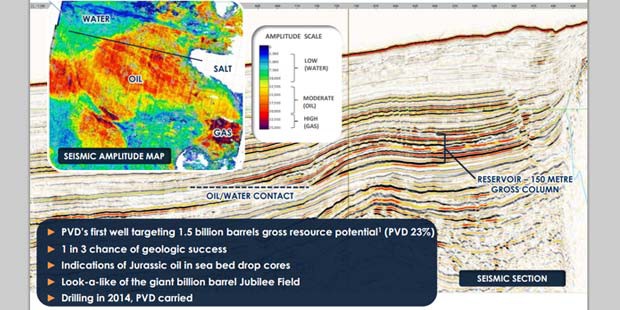 The Atwood Achiever is contracted to Kosmos Energy under a long term hire arrangement. Under the rig share agreement with Kosmos, two slots have been assigned for the drilling of wells in the Mazagan permit. The first of these slots will be used to drill the Toubkal-1well and is expected to commence in January 2015. The second slot will be in the second half of 2015.

“We are now two years into the work program for the Mazagan permit. Securing the rig for the two well drilling campaign is a major milestone which allows us to test key prospects and provides the opportunity for an early assessment of the value of the permit.”