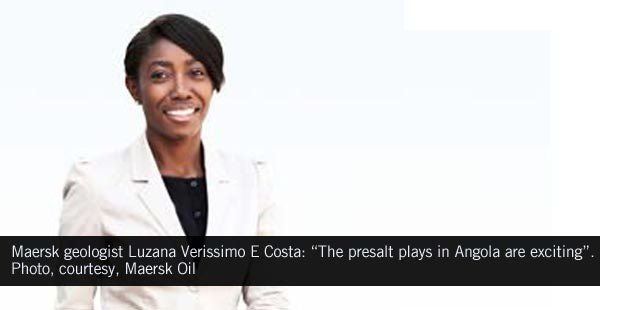 Nine wells so far and nothing resembling Tupi
By Toyin Akinosho, Publisher

Ophir Energy’s disappointing well result, offshore Gabon, symbolises the level of uncertainty around the search for the so-called Pre Salt reservoirs in the West African deepwater.

The Pre-Salt play refers to prognosed massive oil pools, stored in carbonate or sand reservoirs, below extensive sheets of salt in the African segment of the south Atlantic. “The lack of the anticipated thin salt drape over this high relief prospect and the lack of sealing shales within the targeted reservoirs appear to be a cause of the prospect’s failure”, Ophir said in the release announcing the well result.

Padouck-1Deep, drilled in the Ntsina Block in the North Gabon Basin, was the second deepwater pre-salt well drilled off Gabon in the last six months.  The first such probe, TOTAL operated Damian-1B, encountered 50 metres of gas and was hyped as the country’s key to the deepwater hydrocarbon league. But the well wasn’t tested and there was nary a drop of oil reported.

There have been nine deepwater wells targeting presalt plays off West Africa in the last two years, none of them anywhere close to the size of Tupi, the Brazillian deepwater 2007 discovery which “inspired” the search for presalt reservoirs off West Africa. The idea is that Africa and South America were once joined at the hip, their separation, which led to the Atlantic seaway, also created conjugate basins off the coasts of the two continents.

All the deepwater presalt wells off Africa, with the exception of Damian 1B and Padouck Deep 1, have been drilled in the Kwanza Basin off Angola, where the government awarded eight acreages to operators in 2011. Six of the wells were drilled by the American independent Cobalt Energy.

Maersk Oil’s Azul-1, drilled in 920 meters water to a depth of 5,330meters in Block 23, was the first ever deep water well targeting pre-salt reservoirs in the Kwanza Basin. On January 14, 2012, Maersk Oil announced that Azul-1 was “mini tested”, indicating a flow capacity of greater than 3,000 BOPD. Maersk viewed the results as “encouraging”.  The company has neither followed up with an appraisal, nor spud any other well in the play ever since.

On February 9, 2012 Cobalt announced that Cameia-1, drilled on Block 21 in 1,680 meters of water , tested at 5,010 BOPD from pre-salt carbonates. The well reportedly encountered 360 metres  of gross pay of which 75% was net pay. No gas/oil or oil/water contacts encountered. The operator said that Cameia-1 had potential to produce at excess of 20,000BOPD. But the appraisal of the Cameia structure has been challenging.  Cobalt reported that the DST “of the lowest interval drilled in the Cameia -2 well, did not produce measurable hydrocarbons”.

The company next drilled  Mavinga 1 and afterwards announced that the DST operations on the well weren’t encouraging: “efforts to establish a sustained flow rate from a full drill stem test were unsuccessful”. Lontra-1, the next well on Cobalt’s drilling schedule had “stabilized flow rate of 2,500 barrels per day of condensate and 39 million cubic feet per day of gas”. Cobalt played up the gas find in Lontra as something meaningful to Angolan economy. “It is beneficial that Lontra is offshore near Luanda, (the Angolan capital), where we believe there is a potentially large emerging market for gas.” Cobalt noted that appraisal drilling will be required to determine the ultimate size of the Lontra field. “The exceptional reservoir system that we have discovered ranks among the best that we have seen” , the company claims.

To deflect the misgivings arising from the less than stellar results of Cameia 2, Mavinga 1 and Lontra 1, Cobalt emphasizes the lack of gas zone or water contacts in Bicuar 1A, its fifth well in the campaign: “No free gas zones or water contacts were observed”, the company states. Bicuar 1A was drilled to a measured depth of 5,739 m and encountered 56 m of net pay from multiple presalt intervals. ”Results of logging, coring, and fluid acquisition confirmed the existence of both oil and condensate in multiple intervals”, the company enthused. “The Bicuar 1A well is significant as the first discovery of mobile hydrocarbons in the deeper presalt Syn-rift reservoir”. After running production casing, the well was temporarily abandoned. Bicuar’s commerciality will be assessed,  ”after full processing and integration of all subsurface data collected from the well”. There will be no well test.

Cobalt has been far more upbeat in reporting the results of Orca-1, its latest well in the campaign, than it had been for most of the last five probes in the Kwanza Basin. “Initial analysis indicates that Orca has a resource potential of between 400 – 700 MMBO”, the company claims. “Results of an extensive logging, coring, and fluid acquisition programme confirmed the existence of a large light oil reservoir and a thin condensate and gas cap in the upper sag section of the well. In addition, mobile oil was discovered in the deeper syn-rift section of the well”. BP, a partner in Block 20, describes Orca as “a potentially commercial discovery”. As of March 28, 2014, the operator still had some operational work including well testing, after which Orca-1 would be plugged and abandoned. Cobalt plans to move the Petroserv SSV Catarina drilling rig to the Cameia  location in Angola Block 21.

Angola is planning another acreage bid round to offer more Pre-Salt acreages and there are similar campaigns in Gabon and Congo Brazaville, now collectively described by conference organisers as “The Pre-Salt market”.