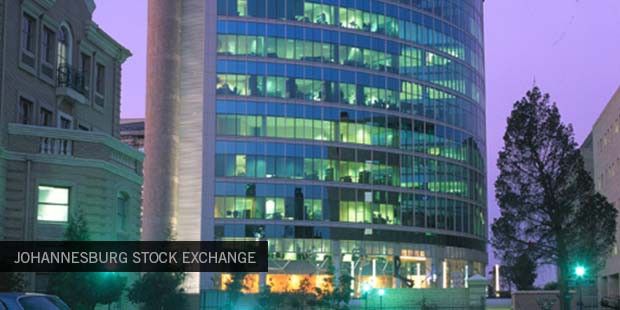 What’s a listing on a stock exchange got to do with national colours?

Certainly more than meets the eye, if you ask the five South African companies who moved their primary listings from the Johannesburg Stock Exchange to the London Stock Exchange between 1997 and 2001. They were ‘pelted with stones’ from the media in South Africa.

“The companies motivated the move as being essential to their economic growth and they were supported by the South African government”, reports Karl Gostner of BusinessMap Foundation, which tracks foreign direct investment (FDI), “but they have nevertheless been treated with suspicion in media debates, and the moves to London were interpreted as signalling a lack of confidence in the South African economy”, he explains.

Billiton, then a mining and metals group, made the first move, in 1997. It was followed two years after by Anglo American, South African Breweries and the insurance giant Old Mutual. Dimension Data moved the LSE in 2001. The charges against these companies were legion. Some critics linked the listings to the precipitous fall in the South African currency, the Rand, between December 2001 and December 2003.

Billiton’s journey post LSE symbolizes, even more tellingly, the relationship between a company’s growth aspirations, its choice of stock exchange to list on, and national pride. When the former South African firm turned British company merged with Australia’s Broken Hill Proprietary Company Limited (BHP) to create the mining behemoth BHP Billiton, in 2001, the Australian government would not have the country’s largest bourse play second fiddle to London. The result is a dual listed company in an unusual arrangement. There is the BHP Billiton Limited, registered in Australia, which has equal financial share in the company, has a primary listing on the Australian Securities Exchange and is the largest company in Australia measured by market capitalisation. The UK-registered BHP Billiton Plc has a primary listing on the London Stock Exchange and is a constituent of the FTSE 100 Index.
With a market capitalisation of approximately $113.3 billion as of the last week of September 2013, it was the ninth-largest company listed on the London Stock Exchange. The Australian BHP Billiton Limited and the British BHP Billiton Plc are separately listed with separate shareholder bodies, but they operate as one business with identical boards of directors and a single management structure. The headquarters of BHP Billiton Limited, and the global headquarters of the combined BHP Billiton Group, are located in Melbourne, Australia. BHP Billiton Plc is located in London, United Kingdom

Seplat Petroleum’s dual listing on the Nigerian and London Stock Exchanges in April 2014 has its own hue of national colours. The company listed 25% of its primary shares on the two exchanges. Seplat decided against premium listing on the LSE, an act which denies it eligibility for the benchmark FTSE 250 index. “We want to establish that we are a Nigerian company, create that identity. We don’t want to start by being a UK company operating in Nigeria”, company officials insist.

Seplat has brandished the country’s national colours mostly by listing in Nigeria. It could have listed simply in London without listing in Nigeria. Just months before Seplat’s coming out party, Camac Energy, another E&P player company run by Nigerian founders, had announced its listing on the Johannesburg Stock Exchange. Headquartered in Houston, the United States, Camac Energy had earlier been listed on the NYSE MKT,  the premier U.S. equities market for listing and trading of small growth companies. Camac Energy is not listed in Nigeria, yet its entire crude oil production, (all 2,000BOPD of it) comes only from Nigeria

Less than a year earlier, Lekoil, also founded by Nigerians, listed on the AIM (formerly the Alternative Investment Market), a sub-market of the London Stock Exchange, which allows smaller companies to float shares with a more flexible regulatory system than is applicable to the main market. Lekoil owns assets in Nigeria and Namibia and is a partner in the Ogo-1 discovery offshore Nigeria, one of the five major discoveries in the world in 2013, but it is registered in the Cayman Islands.

National colours or not, the list of Nigerian owned E&P companies on any stock exchange at all is a short one. This is why it was big news when, three years ago, the news filtered into town that Petrolog Energy, a subsidiary of a Nigerian owed service company Petrolog, which began life as a mudlogging outfit, had listed on the Frankfurt Stock Exchange.

But a listing is essentially a commercial enterprise. Companies become members of stock exchanges for access to the cheapest capital possible. Lekoil raised enough funds on the AIM to finance the drilling of Ogo-1, which turned out to be a significant discovery. Those five South African companies vilified for their move to primary listing on the LSE had on their sights, the FTSE 100, a favourite with index tracker funds, which boosts levels of investment for companies. Besides, they felt that they had outgrown the South African market and needed to establish a global presence.

“Seplat’s listing might just be a gate opener for other Nigerian E&P companies”, says Abdulrazaq Isa, executive director of Waltersmith Petroman, with operated production of 4,300BOPD. “If the local investing public is impressed by their overall performance in the next one year, other E&P companies will begin to list”. Isa says that “a properly run, professionally managed E&P company with good portfolio should be able to deliver very remunerative returns to shareholders”.

And what’s a good portfolio?

“ Waltersmith Petroman has estimated recoverable reserves of 34Million Barrels, from its Ibigwe marginal field and the equity in OML 34, in the western Niger Delta. If in the next 24-36 months the company can build that to 100MMBO, and have production of 8-10,000BOPD, then it would have a good prospectus to present, for listing on the Nigerian Stock Exchange.

This is what matters to Mr. Isa. This may also be what other Nigerian companies also see; they haven’t listed because they haven’t seen any of their ‘kind’ on the Nigerian stock exchange. For many companies, the primary colour is the colour of money.

« FIX IT: NIGERIA’S POWER SECTOR IS TOO EXPOSED TO GAS
Rebasing the Oil & Gas Sector »