Nigerian Bid Round Mired In Politics Of Elections 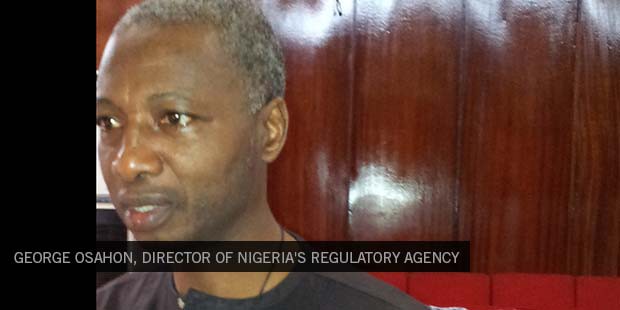 By Fred Akanni, Editor
The Nigerian Marginal Field round, announced in November 2013, has ‘walked’ into the politics of the country’s general elections, slated for February to April 2015.

No one agrees to be quoted, but the general consensus among industry elite presents the following scenario: the moment the announcement took place, politicians started negotiating their share of the spoils and the resulting stalemate is what has reflected as the four month long stall in progress since the last of the three -city roadshows took place in Abuja, the country’s political capital, on December 12, 2013.

People close to the Minister of Petroleum, talking off record, say that President Goodluck Jonathan is using the marginal fields bid round as carrot for election patronage, both for members within his political party and those in the opposition. There is no official confirmation or denial of these concerns.

In any case, since it will take at least seven months for the full process to run its full course, there is no way that the bid round, if it is restarted today, will not run into the period of heated election campaigns, or even right into the elections period itself, thus strengthening suspicions that it is meant as largesse for loyalists of the incumbent government.

The same kind of misgivings were expressed in 2007 when the Nigerian government opened a bid round, smack in the middle of the process leading to general elections.

Even so, the lingering suspicion is that there will be a secondary market of sorts after the round has taken place, whenever it does. This suspicion springs from the first assumption, namely that the politicians will hand out the fields to themselves. “These guys won’t know what to do with the fields”, says the CEO of a producing company, “they will come to us”.

Whereas guidelines for the marginal field bid round of 2013 were on the website of the Department of Petroleum Resources, just after the bid round announcement, they have now been removed. In their place, the department simply remarks “The modalities on the impending Marginal Field Bid Round shall soon be uploaded on this site in due course”. It asks prospective bidders to “please revert through marginalbids@dprnigeria.com for any questions or comments”. The milestones, as gleaned from both guidance notes and roadshows, include: procurement of forms and submission of application by interested companies, prequalification of interested companies, announcement of pre-qualified companies, visit to online end physical data rooms as well as leasing of field data based on the number of fields selected (no more than three per company),  submission of technical and commercial bids by pre-qualified companies, evaluation of technical and commercial bids, presentation to the bidding committee by qualified candidates and announcement of winning bids.

Based on the roadshows and the guidance notes (now removed from the website) the requirements for Pre-Qualification are of general knowledge, but there is no word on application and prequalification forms; the list of fields to be bid for (Marginal Field Location Map of fields on offer) have not been officially published so nothing can be said about online data room, let alone physical data room visits.

Over 1,500 people attended the roadshows in Lagos, Port Harcourt and Abuja, signifying a significant level of interest in the rounds, the first transparent sale, by government, of hydrocarbon property since 2007. The Corporate Affairs Commission in Abuja has been busy since November 2013, registering  brand new E&P companies hurriedly set up for the purpose of the bid. Attendees at the roadshows included banks seeking first hand understanding of the procedure; oil service companies waiting to support bidders as well as firms already steeped in the industry lore. Producing companies like Waltersmith Petroman and Frontier Resources were represented, just as Dansaki Petroleum, an awardee of  the 2003 round which is yet to make it to first oil. Its CEO, Ade Afolabi, was at the Lagos Raodshow clearly for networking purposes. “We are hoping to meet with companies  interested in partnering with us on our field”, he said. “Ours is an easier deal compared with companies who are just getting into this”.

Marginal fields are awarded only to Nigerian companies, as a tool for boosting the Nigerian content, the government’s much vaunted policy of domiciliation. It’s the only bid round in the world officially predicated on the strength of technical argument and not on the price indicated by some highest bidder. It derives legitimacy from the idea that the discoveries may never get to production because the majors, on whose operated acreages the fields lie, consider their reserves uneconomic.