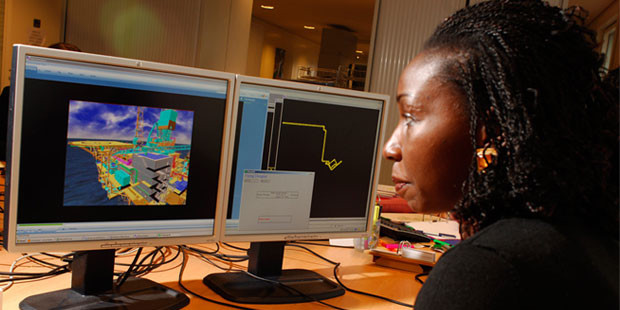 Italian constructor Saipem and a consortium involving Technip, the French builder, collectively won $7.5Billion worth of contracts for the Kaombo project off Angola.

Their work make up nearly half of the project’s $16Billion CAPEX.

Saipem said it had been awarded two contracts with a combined value over $4 billion, involving the delivery of Floating Production Storage and Offloading (FPSO) facility and services for the development.

Technip has 55% share in the consortium that won a $3.5-billion subsea contract for engineering, procurement, construction and installation (EPCI) work as well as pre-commissioning for the cluster’s SURF (subsea umbilicals, risers and flowlines). Technip also won the award for delivering umbilicals, whose cost was not disclosed in its press release.

The Kaombo project will drain crude oil and gas from six fields: Gengibre, Gindungo, Caril, Canela, Mostarda and Louro, all located in in water depths ranging from 1,400 to 1,900 meters, covering an area of 800 km2 in the central and southeast part of Block 32.

Saipem’s main contract is worth more than $3 billion, and is an EPCI  for the engineering, procurement, installation and commissioning of two converted turret-moored Floating Production Storage and Offloading units (FPSO). The Italian contractor has also been awarded a seven-year contract of approximately $1 billion for operation and maintenance services of the two vessels, which will each have an oil treating capacity of 115,000 barrels per day, a water injection capacity of 200,000 barrels per day, a 100 million scf/d gas compression capacity and a storage capacity of 1.7 million barrels of oil. The scope of work of the contract includes engineering, procurement, conversion of the tankers, fabrication and integration of the topsides of the FPSO units and the installation of the mooring systems, as well as the hook-up, commissioning and operations start-up. Saipem will provide seven years of operation and maintenance services for the FPSO units.

Tehnip says its own project falls within a strategic alliance formed in December 2012, between  Technip and Heerema, aiming to offer comprehensive solutions for subsea projects through a combination of complementary assets, technologies and capabilities. Engineering work will begin immediately in Paris (France), Leiden (the Netherlands) and Luanda (Angola), with most of the offshore installation activities being scheduled for 2016 and 2017. “This project is the largest subsea contract ever awarded to Technip and strengthens our position in the ultra-deepwater market”, says company CEO, Thierry Pilenko.