Scaroni Won’t Go To Jail But May Lose His Job 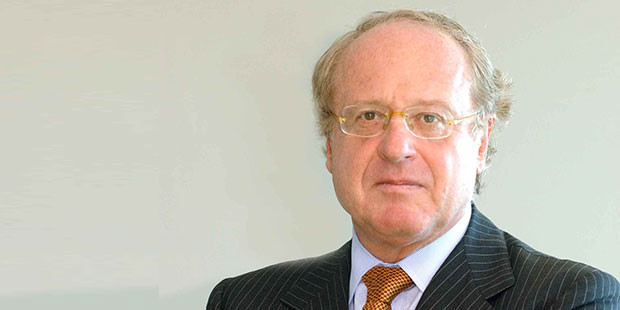 He’d be remembered for building ENI into a hawk-eyed exploration machine.

Paolo Scaroni, the chief executive of ENI who was found guilty of “ inadequate environmental standards”, will not serve the three year jail term even if his appeal fails, but he also may not last on the job beyond June 2014.

Mr Scaroni was sentenced to a three year prison term  for the crime by an Italian court. It was committed while he served as CEO of Enel SpA, the utility firm, from 2002 to 2005, after which he left to head ENI. He has insisted he was “totally uninvolved in the matter”. He won’t go to jail because of a technical reason: under rules aimed at easing prison overcrowding, defendants who are convicted for prison terms of three years and less, typically avoid serving prison terms.

However, the tar on Scaroni’s reputation will make it hard for Prime Minister Matteo Renzi to nominate him for another three year term. Environmental issues are now a key part of investors’ assessments of how well a company is run. It’s not clear if Italy’s new law, requesting state controlled companies to introduce bylaws at their next shareholder meetings to ban board members found guilty of certain crimes, will apply to Mr. Paoloni.

Mr. Renzi, who is new on the job (he has been in power only since February 2014), is expected, by end of April 2014, to nominate government’s candidates to head Italy’s leading state controlled companies to new three year terms. The Prime Minster has said that the decision of nominating Scaroni for another term at the helm of ENI will not necessarily be influenced by the court ruling. Even so, the timing of the court verdict-March 31, 2014- is unhelpful to Mr. Scaroni’s career. Although ENI is a multinational company listed on the New York Stock Exchange, the Italian government owns a 30.3% golden share in the company, 3.93% held through the state Treasury and 26.37% held through the Cassa depositie prestiti.  Another 39.40% of the shares are held by BNP Paribas.

If he fails to be renominated, Scaroni will be remembered for leading a significant expansion of ENI as a hawk-eyed exploration machine. Under his nine year watch, the company found over 60Trillion cubic feet of gas in massive reservoirs in deepwater Mozambique. The 2010 encounter was “the largest hydrocarbon discovery in ENI history”. In 2013, the company said two discovery wells offshore Congo (Brazzaville) had proved a resource of 600MMBbls of oil and 700bcf of gas in place and that delineation wells would probe considerable upside.  In spite of problems in Libya, ENI produces over 75% of what the production would be if things were less turbulent. ENI is involved in the hunt for large hydrocarbon pools in the presalt layers under the seabed in deepwater Angola.

The 67 year old CEO graduated in Economics  from the Bocconi University in Milan in 1969.  He worked for three years at Chevron, before obtaining an MBA from Columbia University, New York and continuing his career at McKinsey. In 1973 he joined Saint Gobain, where he held a series of managerial positions in Italy and abroad, until his appointment as head of the Glass Division in Paris. From 1985 to 1996 he was Deputy Chairman and Chief Executive Officer of Techint. In 1996 he moved to the UK and was Chief Executive Officer of Pilkington until May 2002.