Scaroni, ENI’s Longest serving CEO in A Generation, Bows Out 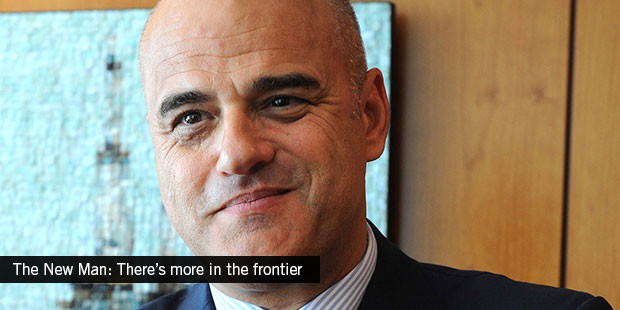 Paulo Scaroni is the longest serving CEO of ENI, the Italian E&P major, in a generation.

Nominated for the job by the former Prime Minister Sylvio Berlusconi in 2005, his third, three year term, ends in June 2014. He wasn’t looking to leave at the end of it.
But Prime Minister Matteo Renzi overlooked Scaroni and picked his deputy Claudio Descalzi, to head the state controlled company. ENI’s shareholders will approve the nominations on May 8, 2014.

The government owns a 30.3% golden share in this huge European firm, (market cap: $94 Billion as of August 2013), so it’s most likely that Mr. Descalzi’s nomination will pass through. Mr. Scaroni was sentenced to a three year prison term by an Italian court for “inadequate environmental standards”,  in March 2014. The crime was committed while he served as CEO of Enel SpA, the utility firm, from 2002 to 2005, after which he left to head ENI. He has insisted he was “totally uninvolved in the matter”. Mr. Renzi told the press that the decision of nominating Scaroni for another term at the helm of ENI would not necessarily be influenced by the court ruling. It’s not clear if he kept the promise.

His immediate response to Descalzi’s nomination was to express his delight in an emailed message: “His achievement speaks for itself”.

Descalzi, a physicist turned reservoir engineer, has been credited as being Scaroni’s pointman for driving the company’s rapid upstream expansion in Africa’s frontier areas in the last nine years. The 2010 discovery offshore Mozambique was “the largest hydrocarbon discovery in ENI history”, the company says.  Since then, ENI claims to have found over 60Trillion cubic feet of gas in massive reservoirs in those Indian Ocean waters. In 2013, ENI said two discovery wells offshore Congo (Brazzaville) had proved a resource of 600MMBbls of oil and 700bcf of gas in place and that delineation wells would probe considerable upside.  In spite of problems in Libya, ENI delivers over 75% of what the output would be if things were less turbulent. In early April 2014, ENI took final investment decision on block 15/06 in deepwater Angola. The field will come on stream late next year, hoping to ramp up to plateau production of 100,000BOPD in six months. ENI is involved in the hunt for large hydrocarbon pools in the pre-salt layers under the seabed in deep-water Angola.

Unlike Scaroni who trained in business and economics and came to ENI from outside, Descalzi has been in ENI for 33 years, graduating in Physics in 1979 and joining ENI in 1981 as an oil and gas field petroleum engineer. He became the group’s head of reservoir engineering and operating activities for Italy in 1990. He became  Managing Director of the ENI subsidiary in Congo in 1994 and four years later was named Vice Chairman and Managing Director of ENI’s subsidiaries in Nigeria. From 2000 to 2001, he held the position of Executive Vice President for Africa, Middle East and China. From 2002 to 2005, he was Executive Vice President for Italy, Africa, Middle East covering also the role of Chairman of the Board of several Eni subsidiaries in the area. In 2005, he was appointed Deputy Chief Operating Officer of ENI Exploration & Production Division. In 2012, he was the first European to receive the prestigious Charles F. Rand Memorial Gold Medal 2012 award by the Society of Petroleum Engineers and the American Institute of Mining Engineers.