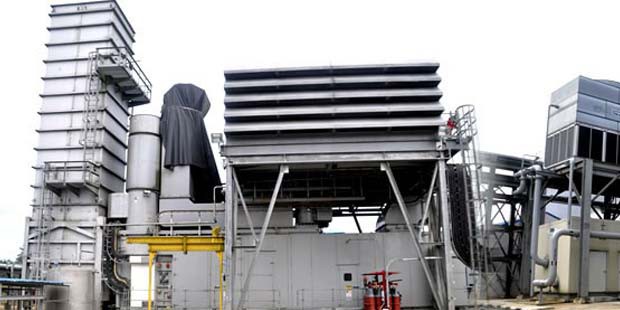 By Sully Manope
Seven months after completion of a gas pipeline to Geometric Power’s in Aba Independent Power Project (IPP) in the east of Nigeria, hook up to Shell’s gas facility is still a work in in progress.

The Aba IPP is in its commissioning phase and is scheduled to enter into commercial operations in the 2nd quarter of 2014.

Mechanical works on the 27 km gas pipeline were concluded in September 2013, but commissioning and hook up to Shell’s Imo River manifold facilities in Owaza suffered some setbacks due to differences in design bases between Geometric and Shell. The pipeline construction company says it is “working closely with the client and Shell to overcome these challenges to enable gas introduction into the pipelines as soon as it is practicable within the safety guidelines provided by Shell”.

Geometric Power is one of the higher profiled private electricity generating companies in the country. Founded by Barth Nnaji, Nigeria’s former minister of power, the company’s name became a buzzword in the power sector long before the privatization of power plants owned by the state monopoly utility got through to implementation.

Background: The Aba IPP project will both generate and distribute power to industrial, commercial and residential areas in Aba, an industrial city in eastern Nigeria. Initially, the project consisted of the installation of a 141 MW gas-fired power plant in Phase 1, over 110km of 33 kV and 11kV sub-transmission lines, four new substations and capacitor banks for distribution of power to the large industrial and commercial consumers that had been receiving power from the Power Holding Company of Nigeria (PHCN).

“During the course of the discussions between the Federal Government of Nigeria (FGN), project owners (Geometric Power) and the (then) state monopoly utility PHCN, a decision was reached to expand the project to include all electricity consumers on the distribution system of the PHCN Aba Business Unit which covered the Aba metropolis, including rural areas”, Geometric Power says on its website.  This was in order to avoid “cherry picking” of good customers in Aba. With this understanding, Geometric Power established separate corporate entities – Geometric Power Aba Limited (GPAL), to own and operate the new power generation station; and, Aba Power Limited Electric (APLE), to manage the electric power distribution system.  The Nigerian Electricity Regulatory Commission (NERC) subsequently issued a power generation license to GPAL, and an electric distribution license to APLE.