The Many Unknowns Of Mozambique’s LNG Development 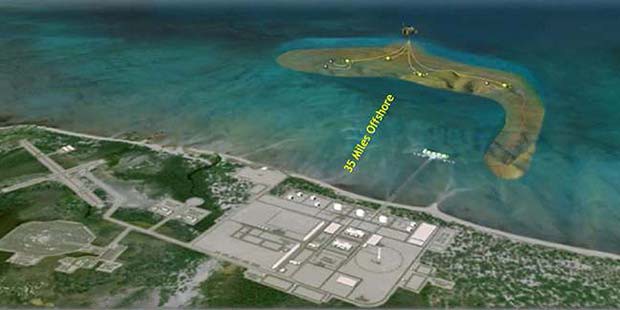 The Rovuma discoveries are “a potential ‘game changer’ for Mozambique, everyone agrees, but one of the biggest risks to strategic decision-making is the many unknowns surrounding the development of those reserves as an LNG project, writes Anne Frühauf.

Operators Anadarko and ENI have found over 100Trillion Cubic feet of gas in the Rovuma basin since February 2010. They have announced joint development of fields. Anadarko has repeatedly insisted it would deliver first cargo of LNG gas from Mozambique in 2018.

“The government has yet to develop its own model of the economic impact of the resource boom”, says  Ms. Frühauf, the Senior Vice President for Africa at Teneo Intelligence, in a paper published by the Oxford Institute of Energy Studies (OEIS).  “Economic projections with regard to the extractive industry remain highly speculative”, she contends, “and a lack of official figures make it difficult to anticipate the overall impact on GDP and government revenues in the medium term”. Whatever projections are available, Frühauf remarks, “are based on many assumptions”.

Ms. Frühauf is concerned that above-ground political risks will increasingly take centre stage in facilitating – or obstructing – the development of the Mozambique’s vast natural gas resource. The big questions confronting investors are whether the country has “the political foundations to provide a stable and predictable investment climate that guards against the typical political risks – such as expropriation, nationalization, and unforeseen punitive taxation – to investments?”, she remarks. “ Does it have the institutional capacity to make strategic decisions about the resource boom that will provide a stable investment framework in the very long term? And, could failure to manage the natural resource boom equitably – and to prevent political and economic exclusion – generate a backlash against such investments?”

There are also questions of details. The Gas Master Plan (GMP), prepared on behalf of the government by consulting firm ICF International and funded by the World Bank,  differs considerably from the estimates of the  International Monetary Fund in its views of the construction of LNG trains and the production levels to be reached by the mid-2020s, Ms. Frühauf says in the paper.“In its most optimistic scenario, the GMP assumes that a total of 10 trains could ultimately be developed, with the first two ready by 2018, four by 2020, and two additional trains constructed each year after that”. The IMF scenario, meanwhile, projects that the first train will become operational by end-2019, the second by end-2020, and the last two trains by end-2022. Under the IMF baseline, the Rovuma consortia would construct only around 4 LNG trains, significantly less than GMP forecast.

Assuming a production capacity of 5 MTPA of LNG per train, the GMP’s optimistic initial scenario projects production rising to 30 million tons per annum (MTPA) by 2022, reaching 50 MTPA by 2026. Much more conservatively, LNG production under the IMF’s four-train scenario would reach around 20 MTPA by 2023. While the IMF projections could turn out to be more realistic, the gap in production predictions highlights just how variable the impact of LNG development on Mozambique’s economy, FDI, GDP, and fiscal revenue may be, especially over the next 5–10 years.

The GMP estimates that annual government revenues from production and use of the governments’ share of the gas could amount to between $6 billion and $8 billion by the mid to late 2020s, while the CIP suggests that this figure could be closer to US$1.2 billion in 2026. Based on Mozambique’s experience with its first-generation mega-projects (including Sasol’s), it seems prudent to err on the side of caution, given that revenue has been limited given favourable investment terms and tax breaks.