Qataris Grab A Slice Of Nigeria 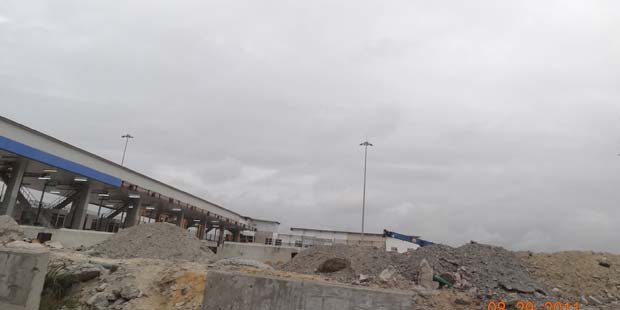 The major asset in all of Heritage’s portfolio, is the Oil Mining Lease (OML) 30, onshore Western Niger Delta. Al Mirqab said the acquisition provided “access to a high-growth, producing asset base in Nigeria and a diverse international exploration portfolio”.

As part of the deal, Mr Buckingham, the company’s founder, chief executive and largest shareholder with a 34 per cent stake, has agreed to remain as an adviser and retain a 20 per cent holding for at least five years.

Heritage reported last week that OML 30 production reached 50,000BOPD gross sometime in 2013. The company’s average net production in Nigeria for the entire year was 8,919 BOPD. The only other country where Heritage holds producing property is Russia. Its net production from the country in 2013 was 577 BOPD.

Heritagehas exploration assets in Papua New Guinea, Tanzania, Malta, Libya and Pakistan. It reports “continued work programme in Tanzania through processing of two dimensional (2D) seismic data on Rukwa, completion of  geochemical survey and ongoing interpretation of the data of the Kyela licence”. In Papua New Guinea, the company has “expanded the exploration portfolio with the farm-in to four licences and commenced with the acquisition and processing of seismic and evaluation of legacy datasets.

Heritage reported in its end of year report that it expected year end exit gross production rate from OML 30 in 2014 between 65,000 and 70,000 BOPD. “As a result of an enforced shut-in at OML 30 during the first quarter of this year, total production, net to Heritage, for 2014 is estimated in the range of 14,500-18,000 BOPD. Heritage has operated in Africa for over 10 years and seems to master how to enter and leave.  In 2010, it sold its exploration assets in Uganda to Tullow Oil for $1.45Billion. In 2012, it announced an $850Million investment in OML 30 previously held by Royal Dutch Shell, Total and Eni.

« Nigerian Bid Round Mired In Politics Of Elections
Sasol Looks To 2,000BOPD Production In Mozambique »