Tanzania’s Worried About How To Spend The Gas Money 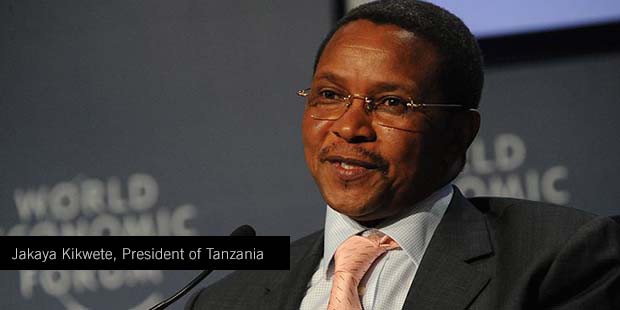 The President of Tanzania says “there will be a lot of money coming to the government” when the massive gas deposits discovered in the country’s offshore are developed. “The question will be how to spend such money judiciously and effectively”, he told the weekly newsletter Tanzaniainvest. “And for this good leadership and good plans will be key”.

Some 40Trillion Cubic Feet Of Gas, a third of the reserves of Algeria, have been discovered in the deepwaters off Tanzania since 2011. The Norwegian explorer Statoil and the British firm BG, lead the two ventures that have made the discoveries. They are hoping to deliver the first cargoes of LNG to South east Asia by 2020.

“Today we have so many (development) plans but not enough government resources”, Jakaya Kikwete disclosed to Tanzaniainvest, “so we ask donors and the private sector for support, without actually collecting enough. But during these times in the near future I think this problem will not be there anymore”.

Mr. Kikwete is not unmindful of the so-called resource curse. “To successfully anticipate that, we are learning from other countries that went through the same, such as Norway and Abu Dhabi, where they established sovereign wealth funds with strict modalities on how to spend the resources generated from the gas industry.

“We expect by October 2014 that the Tanzanian parliament will have enacted a law to create such fund so that revenues are used judiciously for the benefit of the current as well as the future generations of Tanzanians”.