Morocco: Another One Bites The Dust 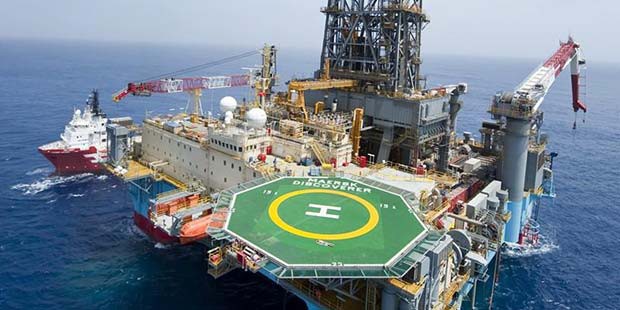 By Toyin Akinosho
Kosmos Energy is the latest operator to report a “failure to encounter commercial sized pool” in or offshore Morocco.
The company’s first well in the country, “reached a total depth of 3,830 meters and will be plugged and abandoned after failing to encounter commercial hydrocarbons”, Kosmos wrote in its report for first quarter 2014.
“The FA-1 well in the Foum Assaka Offshore block is the first in a series of play-opening wells designed to unlock the Agadir Basin, was drilled to test the salt diapir play concept targeting the Cretaceous interval in a combined structural-stratigraphic trap”. The American minnow says that FA-1 “is one of several independent play types and fairways present in the Agadir Basin”.

FA-1’s failure follows after Scottish minor Cairn Energy had plugged and abandoned the FD-1 exploration well, located in 1,500 metres (m) of water in the Foum Draa block for lack of a commercial sized pool. Canadian operator, Longreach Oil and Gas, encountered only gas shows in the wildcat Koba-1, in its operated licence area onshore Essaouira Basin. The best of Morocco’s four wells-drilled in the last seven months-has been Cairn Energy’s JM-1, spud in January 2014, reaching a total depth of 3,711m TVDSS and plugged and abandoned without testing. Cairn has revised its earlier update, claiming the well “confirmed the presence of heavy oil over a 110 metre  gross interval in the upper Jurassic”.

Kosmos is not giving up. “Importantly”, the company says, “FA-1 encountered oil and gas shows while drilling and in sidewall cores suggesting the presence of a working petroleum system. The well has also provided key seismic calibration information and the well results will now be integrated into Kosmos’ ongoing petroleum system analysis; in particular, the assessment of charge and reservoir play risks, as well as the evaluation and ranking of trap types ahead of the next tests of this petroleum system in 2015 and beyond”.

The company is also continuing work elsewhere in the country. “A 4,300 square kilometer 3D seismic program in the Essaouira Offshore and Tarhazoute Offshore blocks in Morocco commenced during March and is expected to be completed late in the second quarter. Furthermore, seismic acquisition, seismic interpretation work and prospect maturation studies are progressing well in our exploration blocks offshore Ireland, Mauritania, Suriname and Western Sahara in advance of our continued exploration drilling programme commencing end of 2014”.

« Spaniards Spud A Well In The Precambrian
Cairn, In Senegal, Plans Return To Morocco »