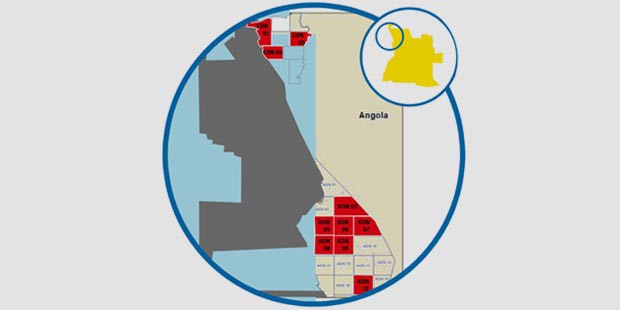 The deadline for submitting proposals for Angola’s onshore bidding round is July 22, 2014.
Africa’s second largest oil producer is offering 10 blocks spanning 10,014.6 km2 in the Lower Congo and Kwanza basins.
Three roadshows on the round have taken place in January and February of 2014, in Luanda, London and Houston, aiming to show the viability of the blocks to potential investors.
The bid round has been widely interpreted as an opportunity for local oil companies to develop capacity.

As most Angolan E&P companies do not have financial resources so they will need to partner with international oil companies. “My impression is that they will be sold mostly to Angolans and the Government expects them to look for partners”, adds Sam Ojibua, an oil and gas investment analyst covering the continent from Cairo. “This is the time to look for Angolans to partner with.”