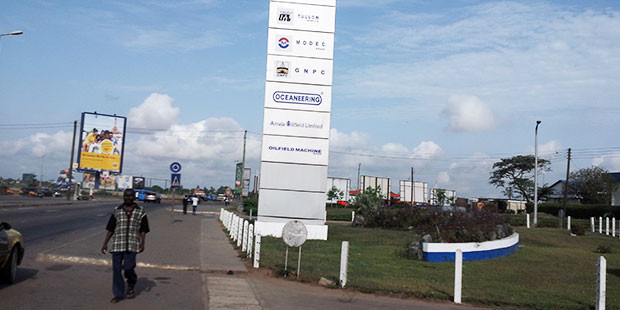 Gasol LNG won’t get into the country before 2018

A key opportunity in Ghana is to source for gas and market it in the domestic space. The Jubilee field will finally feed the country’s first gas processing plant by December 2014. The field has estimated reserves of up to 1.4 trillion cubic feet of gas. The processing plant would ramp up to a maximum 150 million cubic feet of gas daily, most of which would be fed into two of the three VRA operated Takoradi Power Plants (T1 and T2), with a combined capacity of 550MW in Aboadze.

Each of the thermal plants has light crude oil and distillate fuel oil as primary and secondary fuels. Natural gas is only a tertiary fuel.

The Takoradi plants receive gas supplies from Nigeria but at a much reduced level than the agreement between the two countries stipulates. Nigeria was meant to supply 100MMscf/d of gas to the plants through the West African Gas Pipeline (WAGP) but instead supplies 30MMscf/d. An April 2014 discussion between the two countries had Nigeria promising to increase the supply to 50MMscf/d. But it is not always easy for Nigeria to keep even this minimum gas flowing to Ghana. Incidents of sabotage take place quite frequently. On August 27th 2012, the WAGP was damaged when pirates who had tried to board an oil tanker in an attempt to get away from the pursuing Togolese Navy, severely damaged the pipeline with their anchor. For nearly a year, the supply of gas to Ghana, Togo and Benin ceased, causing major power supply problems to the affected countries.

Ghana looks forward beyond both Jubilee field and WAGP. The authorities have a domestic gas supply agreement with Italian major ENI and partners working on the Sankofa-Gyame twin field development. The partners hope that production of hydrocarbons will commence in 2016, even though final sanction hasn’t yet happened.

Apart from the Takoradi plants, there is a 200MW capacity gasfired thermal plant operated by the Chinese firm Sunon Asogli and a 126MW power plant operated by Ghanaian energy firm CENIT. General Electric says it wants to build a 1,000MW gas fired plant of which 360MW capacity should be on line by 2016. Now a total supply of 200Mmscf/d (and there’s no new gas supply in sight) is inadequate for the 1,500MW capacity. Gasol, the West Africa focused gas company says it will supply gas via LNG to Ghana by 2017. The gas will be sourced from Afren led Aje and Ogo fields. These are not likely to come to fruition before 2018. To start with, the Final Investment Decisions for the two fields are far from being taken. And even when they do, and the oil comes onstream by 2016 at best, the gas will take some time afterwards. Give that 2018 at the earliest.