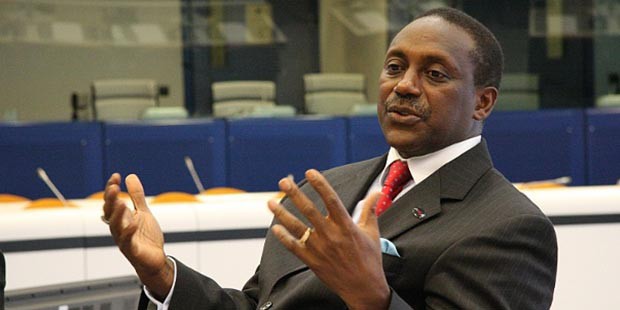 Thirty per cent of the new oil and gas finds over the last five years has been in Africa.
And nine out of 12 new discoveries in 2012 were on the continent.

This is not a new trend; Africa led the deepwater oil discovery boom of the mid to late 1990s.
So how come that the continent hosts some of the most heartbreaking evidence of energy poverty?
This was a question in the air at the biennial ministerial meeting of the Riyadh based International Energy Forum, held in mid May 2014, in Moscow, Russia.

There are 600Million Africans without energy, observed Kandeh Yumkella, Special Representative of the Secretary General of the United Nations and Chief Executive of Sustainable Energy for All, at a question and answer session on the sidelines of the meeting.

Yumkella’s speech at the conference proper, focused on the urgentneed to reduce — and eventually eliminate — energypoverty among the world’s poor. “It is a condition that notonly leads to health and environmental problems, due tothe burning of biomass, but which limits the economicopportunities of poor communities”

“Energy is about welfare; it is about development; it is about growth, cooperation and interdependence, said Aldo Flores-Quiroga, secretary general of the IEF. “Everyone here is interested in finding useful ways to make the best of the energy opportunities that are coming”, he noted.
The Sierra Leone born, American educated Yumkella added: “We are looking at the future of energy security, we hope that by 2035 we will not still be talking about energy poverty in Africa, where there are 600 million Africans without energy, and hope instead that the number will be close to zero.”