Chevron, ExxonMobil to Share FPSO on Nsiko and Uge 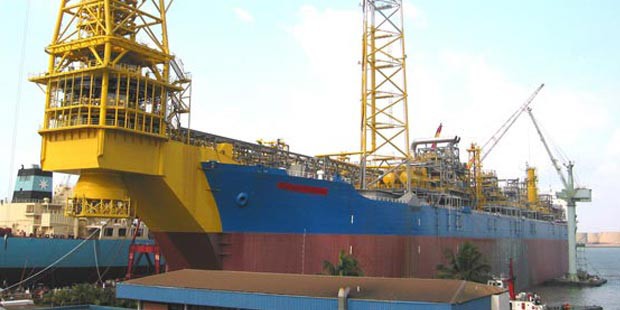 Chevron operated Nsiko field and the ExxonMobil managed Uge field, located roughly 60 kilometres apart, may be co-developed and produced into the same Floating Production Storage and Output (FPSO) facility. This is one of the several field development options on the table, in the ongoing discussions among partners involved in Oil Mining Lease (OML 140) in which Nsiko field lies and OPL 214, where Uge field is domiciled.

If this option is taken, the FPSO will be stationed midway between the two accumulations.

“Neither of the two fields make the threshold of 250Million barrels estimated recoverable reserves, which could allow a standalone project at water depths of between 1,300 and 2,500 metres”, say officials privy to the conversation. Nsiko was discovered in 2003 with Nsiko-1, drilled to a total depth of 4257 metres, in 1729 metres of water, hosting a substantial amount of net hydrocarbon pay in multiple zones. One zone was tested in the well and flowed at 6,500 barrels of high quality crude per day under restricted flow conditions. Chevron operates and has a 95 percent interest in the Nsiko discovery in OML 140.

Uge was discovered in 2005 in 1,350 metres of water in the Oil Prospecting lease (OPL 214). An appraisal well confirmed the discovery and provided the major input for a field development plan that called for at least two more wells to drain the reservoirs. To develop the field, ExxonMobil initially planned to refurbish and deploy the Falcon, first used on the company’s shallow offshore Yoho field. NNPC, the state hydrocarbon company, rejected the plan. ExxonMobil operates the OPL 214 with 20%. Partners include Phillips 20%, Chevron 20%, Occidental 20%, NPDC 15% and Sasol 5%.