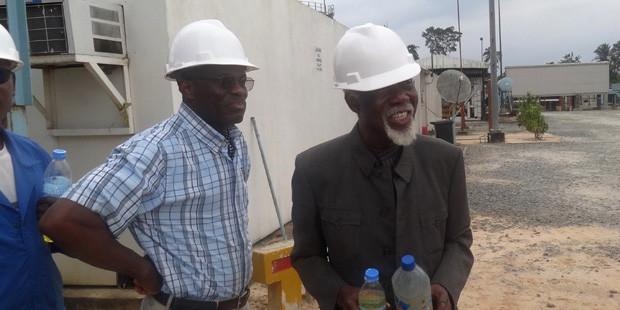 Oil prices have risen substantially, for close to a decade, but corporate returns on capital invested have not recovered since 2001, according to results of studies by IHS, the global firm of industry scouts.

“Corporate returns on average capital employed (ROACE) are lower than in 2001, when oil prices were less than $30 per barrel, according to research from information and insight provider IHS

“Our IHS study, which assessed energy company performance and capital returns, included more than 80 oil and gas companies,” said Nicholas D. Cacchione, director at IHS Energy and a lead researcher on cost and energy company performance. “Collectively, these companies averaged an 11 percent ROACE in 2012 and 8.6 percent in 2013, both of which are weaker than the ROACE achieved in 2001 when the WTI (West Texas intermediate) crude oil price hovered at just under $27 per barrel. The WTI crude oil price averaged $94 per barrel in 2012 and $98 per barrel in 2013.”

“My guess is that shareholders are asking ‘What gives?’” says Cacchione, “The culprit is cost escalation. While returns have increased in recent years, costs have accelerated at a rate that has squeezed margins. The more than $60-per-barrel increase in global oil prices since 2002 has been offset by significantly higher costs, and to a lesser degree, weaker U.S. natural gas prices. Margins have basically been frozen.”

In the upstream sector, “which comprises the majority of business of the study universe, lifting costs have more than quadrupled since 2000 to greater than $21 per barrel. Finding and developing costs have followed a similar trajectory, reaching nearly $22 per barrel of oil equivalent (BOE) in 2013. Government fiscal take (based on financial disclosure), which excludes the impact of royalty volumes in the upstream sector; increased from 49 percent of pretax profits in 2000, to 60 percent in 2013”, IHS reports.

“The integrated oil companies earned a 15 percent ROACE since 2000, which is substantially higher than the 11 percent posted by pure E&P (exploration and production) companies,” said Lysle R. Brinker, director of company research at IHS Energy. “The outperformance by the integrated oil companies can largely be attributed to their geographically and functionally diversified portfolios, which benefit from capital spending programs that are generally more disciplined. They are also aided by the lower-cost basis of the legacy assets that often comprise a large portion of their operations.”

“As a result of this ongoing cost pressure,” Brinker said, “companies are increasingly laser-focused on cost containment and exercising greater discipline around the return on their capital investments. There is greater scrutiny on capital spending at all levels, which will become even more pronounced as the year progresses. Every investment has to pass muster on several fronts before it will be funded, since there is significant internal competition for that capital.”