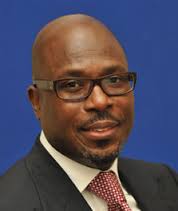 The long anticipated field development focuses on producing the liquid, for now.
In the popular imagination, the Aje Field offshore Lagos, Nigeria, is a gas field with some oil. Aje holds over 500 Billion Cubic Feet (bcf) of gas recoverable. The 18 year debate around this stack of hydrocarbon reservoirs, (discovered in 1996), lying between 100 and 500 metres of water in Oil Mining Lease (OML) 113 in the Benin Basin, has concentrated on its gas resources and latterly, the advantage that the field has, enroute the West Africa Gas Pipeline. Indeed, when the Energy Equity Resources (EER) opted to acquire Chevron’s 18% stake in the lease, the plan was to create a gas gathering and export hub on the field.

But gas monetization was not the field development plan that was presented to the Department of Petroleum Resources. The FDP approved by the authorities in March 2014, “is primarily focused on the development of the Cenomanian oil reservoir, with the first phase including two subsea production wells, tied back to a leased FPSO”, according to Afren, whose subsidiary, First Hydrocarbon Nigeria (FHN), has 16.9% economic interest in OML 113. “These wells will most likely comprise the recompletion of the existing Aje-4 well, and a new well drilled to the Aje-2 subsurface location. The FDP envisages first oil commencing in late 2015 with mid-case reserves of 32.4 MMbbls”, Afren notes.  Of the envisaged ‘separate development for gas’, (in the shallower Turonian sands and the deeper Albian sands), the timing is not yet known.

Afren sees synergy between Oil Prospecting Lease (OPL 310), where it discovered the Ogo field in 2013, and the adjoining OML 113.  “In parallel with the seismic programme at OPL 310, Afren has commenced an extensive 2,716 km² 3D seismic across the two licence areas to better define prospectivity in both licences and in particular the full extent of the syn rift structure encountered at the Ogo discovery. The seismic programme will also assist in the future development of OML 113. The designated operator of Aje field is a company that includes all the partners. Its name is ‘Folawiyo Aje Services Limited’. The partners include Yinka Folawiyo Ltd, (holder of the lease), FHN, EER, Vitol, Panoro and Jacka Resources.