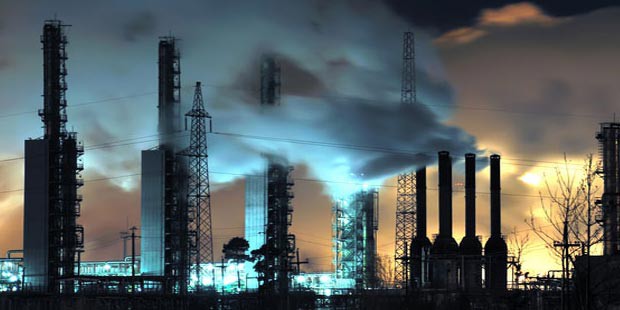 Stung by criticism of poor performance on assets it took over from Shell, state owned Nigerian Petroleum Development Company (NPDC) is threatening aggressive rig activity that will boost gross output and alter media perception of  incompetence.

The company says it plans to have six rigs on different locations in Oil Mining Leases (OMLs) 26, 30, 34 and 42 by the end of 2014, and stay on course of high drilling and field development activity in the near term. The first of the rig moves is to Ogini-5 on OML 26, where the Durga-2 rig, owned by British Oil Gas Exploration (BOGEL),will be active. ”Location is ready and rig move from Abura (where the rig is finalizing work) takes 7-10 days. The rig will be drilling Ogini-6 after this and we’re hoping to boost gross production on the lease from about 5,100BOPD to 8,000BOPD.”, NPDC officials say.

Ogini -5 will be the first well drilled on any of these four leases since 2011, when Shell led the divestments of the 45% combined equity belonging to itself, TOTAL and (Italian giant) ENI, to various Nigerian companies. After the divestments, the NNPC had transferred its 55% interest to its subsidiary, NPDC, as operator of the blocks. The buyers had paid between $102Million and $850MM for the Shell/TOTAL/ENI stakes and even though they admit that operatorship was not on the table during the sale, their concerns were that NPDC was not a world class manager. Three years on, the criticism has been that since that take over, OMLs 26, 34 and 42 have struggled at either the same output or have seen a decrease, as NPDC traipsed around the acreages with a lack of urgency.

Conversely, Seplat, which took operatorship of the same kind of asset from Shell, just a year earlier, has grown gross output from less than 20,000BOPD to over 60,000BOPD. (In early May 2014, it breached the 65,000BOPD mark). Seplat is on course of increasing gross gas production capacity from 110Million standard cubic feet per day to 400Million standard cubic feet per day by 2017.

NPDC thinks it has been unfairly compared, as operator, with Seplat. Its officials in fact, insist, till this date, that it’s “unfortunate we missed operating those three acreages that Seplat is operating”. When asked if they’d have preferred to have whittled down the values of the Seplat-operated assets the way they have done with OMLs 26, 34 and 42, they put across the following explanation:

“You don’t just move in and drill, you have to do extensive field development studies”, NPDC officials argue.  “These leases are sites of extensive destruction and there’s been work going on that the public doesn’t know about; We reprocessed and interpreted about 1,600km3 of three dimensional (3D) seismic data to get a handle on optimum well locations on all these four acreages; where to drain bypassed oil, where there should be new take points. That takes time”.

NPDC says it is deploying two rigs on OML 34 to drill two oil wells on the Utorogu field and three gas wells in Ughelli West and East. “The plan is that BOGEL Durga 3 will move to drill Utorogu 36 and 37, which are to, in part, appraise the new reservoir encountered by Shell on Utorogu 35 in 2011, as well as develop existing reservoirs. The swamp rig Imperial, owned by Depthwize, will be drilling Opuama 8 in OML 40 in a matter of months.  Dredging has commenced and hydrographic surveys have been done. NPDC is hoping to add 3,000BOPD to current 1,200BOPD production on the lease when the well is tied in.

NPDC has OML 42 drilling in its sights for 2015, but it says it is committed to drilling two wells on Olomoro-Oweh, as well as Afiesere, in the otherwise prolific OML 30, sometime in 2014. “The field redevelopment plans have just been finalized”. The government company likes to talk up the gains it has made on this particular lease, compared with the others. It now produces over 45,000BOPD, from 15,000BOPD the company inherited from Shell, largely because it didn’t require any well re-entry. Again, here, production history data are at odds with NPDC’s assertions. OML 30 used to be Shell’s largest operated acreage in the western Niger Delta. It was producing about 60,000BOPD before vandals forced the shut-in of most of the facility in 2006. It has Flowstation capacity of 400,000BOPD and can easily produce 55,000BOPD without redevelopment.

While some cheer NPDC’s progress in the move to more aggressive oilfield activity on these assets, some say it’s a little, rather late and the momentum is not guaranteed to last. “All this talk of rig activity, development plans and so on must be backed by wallet”, fumes the CEO of one of NPDC’s JV partners. “What you have listed is what we have agreed to do. The year before we agreed on so many things still outstanding!”

As a rule, the companies that bought out Shell/TOTAL/ENI from OMLs 26, 30, 40 and 42, don’t express their frustration in public. Much of what is published in the press is a result of private disclosures, with strict: ‘please don’t quote me’ rules. But the dam broke in March 2014, when Ernest Azudialu Obiejesi,  chairman of Neconde Energy, holder of the 45% equity in OML 42, “ lamented NPDC’s lack of capacity to continue as the operator of OML 42”, according to the website NewsDirect. “This, he said follows the decline in production level from 30,000 barrels per day (BOPD) met at the time of acquisition from Shell to 13,000BOPD in 2014”, the website quotes. “Obiejesi said the federal government should revert to the owners and direct Neconde that paid  for the assets to operate OML 42 because NPDC cannot operate the assets”.  Mr. Obiejesi is reported to have gone on record: “Three years is enough time to test anybody and NPDC has been tested and can’t operate OML 42”. The story concludes that there would have been far more commitment on the part of the companies who purchased the assets if they’d been allowed to operate. “As a private sector firm”, Obiejesi reportedly argues: “it will be possible for us to  borrow money, bring all the expertise to bear. But if government is denying Neconde as the operator necessary access to the asset, there will be no increase in production output from fields of OML 42”.