Tanzanian Gas Law Not Likely Before 2015 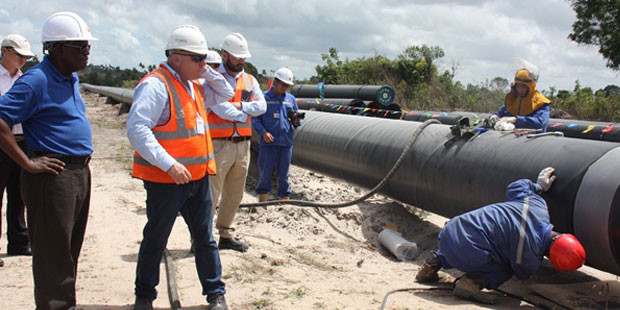 …Bill expected in parliament in November 2014
By Sa’ad Bashir

Given the time needed for parliamentary discussion and debate, it is unlikely that the legal framework on natural gas in Tanzania will become an act of law in 2014.

The draft bill is expected to be finalized by November 2014 and be presented for the Parliament’s consideration afterwards, according to Sospeter Muhongo, the country’s Energy and Minerals Minister Professor. The minister, speaking in the course of an East Africa Community meeting last weekend, said the Tanzanian Government is expecting final remarks from various stakeholders and will soon finalize the draft gas bill.

The Tanzanian cabinet promulgated a gas policy in October 2013, but the natural gas act will be the comprehensive legislation. The country grabbed global attention as a holder of large natural gas reserves with the string of discoveries in deepwater Rovuma Basin, beginning in late 2010. Since then, deepwater finds off Tanzania has grown to over 30 trillion cubic feet (estimate). But the journey to a formal gas framework act dates back 40 years. The first natural gas discovery in Tanzania was made in 1974 on the Songo Songo Island (Lindi Region) followed by a second discovery at the Mnazi Bay (Mtwara Region) in 1982.
The Songo Songo natural gas was commercialized in 2004 and that of the Mnazi Bay in 2006. The commercialization of the two discoveries propelled further exploration both on- and off-shore. Natural gas discoveries of totalling about 8 trillion cubic feet (TCF) have been made from the onshore gas fields at Songo Songo, Mnazi Bay, Mkuranga, Kiliwani North and Ntorya. As of June, 2013 natural gas discoveries of about 42.7 TCF (7.5 billion barrels of oil equivalent – BoE) have been made from both on- and off-shore basins, the government claims. The deepwater discoveries have brought about new exploration targets for hydrocarbons in Tanzania and the whole of Western Indian Ocean Region.
Despite these registered developments, the infant gas industry in Tanzania is facing a number of challenges that call for building of an effective institutional and legal frameworks to administer the industry.