The Day’s Catch Is Poor, but A Lot of Money Comes from Rent

It has been a challenging year for Western independents focused on the African hydrocarbon resource base. Libyan production is almost completely out of reach; frontier wildcat probes have had depressing results and Egypt is owing everybody.

The risk appetite of this species of game hunters has been the Raison d’être of Independents’ Day,  this magazine’s once-a -year review of activities of foreign independent companies operating in Africa. We started by paying close attention to the results of these companies’ exploration ventures in little known basins on the continent. It’s not a coincidence that this annual review took off in 2007, the year of discovery of Ghana’s offshore Jubilee field, in what was then a largely underexplored transform margin off the West coast of Africa. 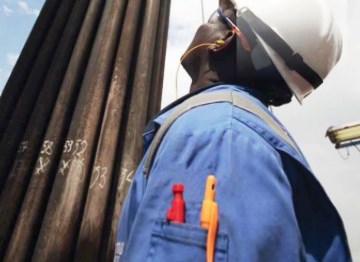 As we went to press with the May 2014 issue of the hard copy edition of Africa Oil+Gas Report, Longreach, the Canadian junior, had just put out a report that its latest well off Morocco “had the potential” to be a gas discovery. If the Kamar-1 proves what Longreach expects it to, it would be a turning point in the hydrocarbon fortunes of North Africa’s last remaining Kingdom.

Yet, as everyone from Ophir Energy to Tullow Oil to Kosmos Energy has reported dry hole after depressing dry hole in the African frontier in the last four months, the operators cannot say the pursuit of the African game has not been worth its while, even in a year fraught with disappointment at the drill bit. Only in March 2014, Ophir made $1.255Billion from its seven year bet on Tanzania; the sum being the payment for its sale of half of its 40% equity in the country’s deepwater blocks 1, 3 and 4 to Singapore’s Pavillion Energy. Heritage’s shareholders are on course of selling the entire company to Qatar’s privately owned investment firm Al Mirqab for $1.56Billion. The jewel in the portfolio is Nigeria’s Oil Mining Lease (OML) 30.

More money is about to flow the way of companies who risk the African jungle. Tullow is pursuing a $5Billion field development in the TEN cluster off Ghana, and at the same time, it is farming down its equity from the asset. Hess, with seven discoveries off the same country, will drill appraisal wells and figure out field development later in the year, but it has informed the authorities of its plans to reduce its working interest from 90% to 50%. It’s as clear as daylight that these transactions will bring, for these companies, billions of dollars.

The May 2014 edition publishes a list of top 15 Non-Major companies with the highest volume of hydrocarbon production on the continent; a feature article on the top five producers of this species of operators and other incisive takes on Independents with large African portfolios.

The Africa Oil+Gas Report is the primer of the hydrocarbon industry on the continent. It is the market leader in local contextualizing of global developments and policy issues and is the go-to medium for decision makers, whether they be international corporations or local entrepreneurs, technical enterprises or financing institutions. Published by the Festac News Press Limited since November 2001, AOGR is a monthly, hardcopy and e-copy publication delivered to subscribers around the world. You can subscribe here.