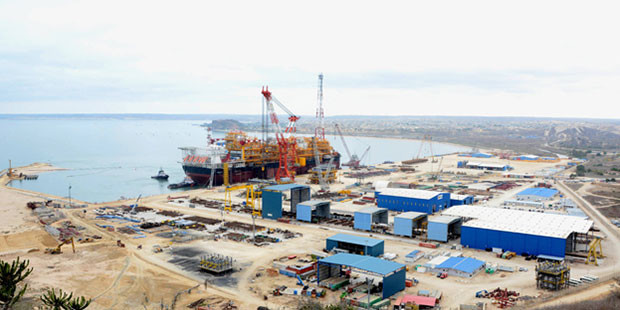 New project will bring company closer to 3MMBOPD potential by 2017

TOTAL has started up CLOV, a major deep offshore development in Angola’s Block 17. The French major says the commencement is “in line with the initial project schedule”.

CLOV is a cluster of four fields (Cravo, Lirio, Orquidea and Violeta) with a production capacity of 160,000 barrels per day. The project is expected to develop proven and probable reserves of over 500 million barrels. After Girassol, Dalia and Pazflor, CLOV is the fourth Floating Production Storage and Offloading (FPSO) unit on Block 17.

“CLOV will contribute to increasing the Block 17 production to 700,000 barrels per day while also generating significant free cash flow for the Group”, TOTAL says in a release. “Block 17 will therefore become TOTAL’s most prolific production site and bring us a step closer to achieving our production potential of 3 million barrels per day by 2017.”

CLOV comprises 34 wells and 8 manifolds connected by 180 km of subsea pipelines to an FPSO unit at water depths of 1,100 to 1,400 m. Measuring 305 meters long and 61 meters wide, the FPSO has a storage capacity of 1.8 million barrels of oil. The gas produced on CLOV will be exported via a subsea line to the onshore Angola LNG liquefaction plant.

The FPSO design minimizes its environmental footprint, with zero flaring under normal operating conditions and an “all electric” concept to increase on-site energy efficiency by producing only the quantity of electricity required to operate the facilities.

As part of Total’s commitment to increasing local content in its projects, a significant part of the CLOV development work was carried out in Angola. This represents more than 10 million man hours achieved in-country to complete fabrication and assembly on Angolan yards.