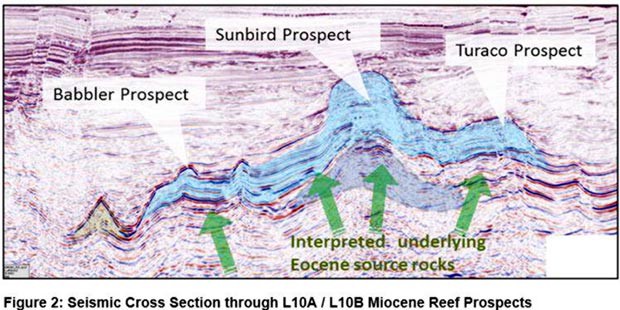 BG’s discovery of 9.2 metre net oil pay in Kenya’s deepwater Lamu Basin is clearly understandable from the point of view of plate tectonics, in the opinion of Africa’s leading exploration thinker.

“There has been production from the Bombay High which was India’s primary oil producing region before new discoveries of (predominantly gas) in the east Indian offshore”, recalls Ebi Omatsola, former Chief Geologist at Shell and Managing Director of Conoil, the Nigerian independent. “The western part of India was derived from Gondwana during late Jurassic separation of the Indian subcontinent from Gondwana. Sedimentary sequences since some 150 Million years should be sufficient to create an active petroliferous oil pool”, he explains

BG plugged and abandoned the frontier wildcat probe in April 2014 and went ahead to match the gas and liquid samples with wireline data and pressure readings. On June 17, 2014, Pancontinental, an 18.75% equity partner on the property came out with the result.

After an evaluation process lasting close to three months, the wildcat Sunbird-1 in Block L10 was declared as intersecting “a gross 29.6metre gas column overlying a gross 14metre oil column in the Sunbird Reef”. BG operates the Block L10A petroleum-sharing contract with a 50% interest. PTTEP holds a 31.25% interest. “The corresponding net values are 9.2metres for the oil zone and 28.3 metres for the gas zone”, Pancontinental explains. “The net values are calculated for the reservoir using cut-offs of 10% porosity (Phi) and 50% shale volume (Vsh). Oil and gas samples have been recovered and analysed using sophisticated geochemical techniques.The Sunbird Reef is an ancient Miocene pinnacle reef buried beneath approximately 900m of younger sediment”.

Omatsola argues that “the Morondava Basin of SW Madagascar has discoveries of oil even though it is heavy oil due to several tectonic events with concomitant removal of the lighter fractions of the oil etc; whilst the corresponding Gondwana mirror image is the south west offshore Indian Ocean Lamu Basin”.

Lackluster exploration results in Kenya’s deepwater Lamu basin in the last ten years have included Woodside’s  Pomboo-1 (2007), long after TOTAL’s luckless Simba-1(1978), which came up with minor oil and gas shows. In September 2012, Apache Corp., America’s third-largest independent oil and natural-gas producer, plugged Mbawa-1 with 52 meters of gas. “We were drilling for oil,” said Tom Giblom, the company’s country manager in Kenya. For all this however the truth is that offshore Kenya has not been comprehensively explored.

The Sunbird discovery itself is considered unlikely to be commercial going by its estimated size, but it is the first encounter of oil column of some appreciable footage, in this basin. “The Sunbird-1 oil is the historic first-ever oil discovery offshore Kenya,” gushes Barry Rushworth, Pancontinental’s Chief Executive Officer ‘It is the only offshore oil column ever reported seaward of the eastern coastal margin of the African continent, from South Africa to the northwest tip of Somalia. We believe that this is a play-opening discovery in Kenya’s Lamu Basin. Because of the Sunbird discovery we expect to see a significant increase in industry interest offshore Kenya. We encountered a thick and effective seal over the top of the reef, which was an initial risk for us, and the regional follow-on implications of this are truly significant. Porosity, permeability and seal for the reservoir were all better than Pancontinental expected’.