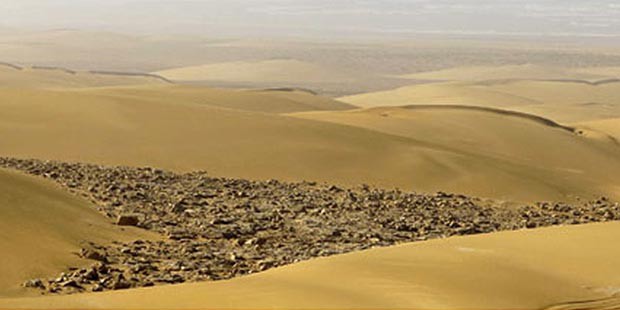 While Longreach is looking for $45Million to confirm its hunch that it found ‘substantial natural gas resource potential’ on its Sidi Moktar licence in Morocco, Circle Oil has reported a definitive finding of 15 metre net gas in three reservoirs in the Kingdom’s Sebou permit.

Both wells are onshore.

Morocco has played host to a spate of dry holes in the last nine months, so it’s heartwarming to have results that are bucking the trend.

Longreach, a Canadian minnow, says it is “advancing plans for the forward work programme to determine the commercial potential” of that “resource potential”, in Kamar-1 well. One of the two zones is in the targeted Lower Liassic formation, with “a gross interval of 110 metres as defined by petrophysical, wireline logs”. The other “is defined by the presence of significant natural gas volumes in the drilling mud” in the Lower Dogger/Upper Liassic formations, Longreach explains, very tentatively.

Circle, meanwhile, says it will be easy to put its new well online, as it is located about 3.2km to the south west of the country’s main gas gathering station (Morocco exploits a small volume of natural gas, but has an infinitely small amount of oil). SAH-W1 was drilled to a total depth of 1,263metres. It is the first well of the company’s six well programme in the Sebou permit. Circle plans another six well programme in the Lalla Mimouna permit.

What’s crucial to Longreach is: “Our Kamar-1 well did not encounter any bottom water, which is excellent news for Longreach shareholders and our Moroccan partners,” said Dennis Sharp, the company’s Executive Chairman. “To advance those plans, the Company has initiated a series of meetings with shareholders and potential investors to source additional funding”. Longreach has a 50 percent operated interest in the Sidi Moktar licence area covering 2,683 square kilometres. Its only (carried) partner is ONHYM, the Moroccan state hydrocarbon company.