Uganda Refinery: Shortlist Down To Four 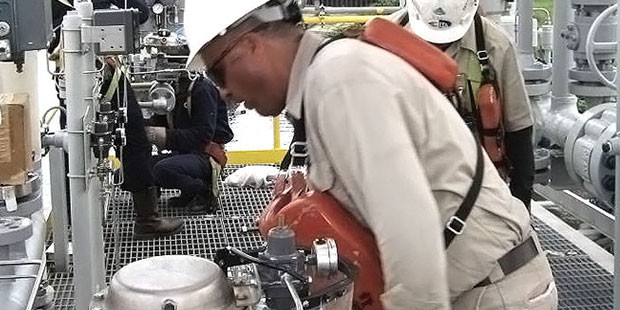 Four of the six shortlisted firms/ consortia have submitted detailed proposals to the Government of Uganda (GOU) for the role of Lead Investor/Operator for the development of the 60,000 barrels per day (BPD) oil refinery and related downstream infrastructure in the country.

This comes following a bidders’ conference that was held during March, 2014 in Kampala, Uganda. The conference gave an opportunity to the prospective bidders to be briefed on the project and obtain clarifications regarding the Request for Proposal (RFP), visit the refinery project site being acquired by Government and some of the oil fields, and meet with the upstream oil companies to have a dialogue on crude supply arrangements for the refinery.

Mr. F.A Kabagambe-Kaliisa, Permanent Secretary of the Ministry of Energy & Mineral Development (MEMD), said: “The response to our RFP attests to the competitiveness of Uganda’s refinery project and the East African region’s business environment that provides an excellent investment destination.  We expect that the bids submitted will be in line with Government of Uganda’s requirements for a credible, experienced and financially capable partner to work with Uganda to develop a refinery. ”

The four shortlisted firms/consortia that have submitted proposals are led by: (i) the China Petroleum Pipeline Bureau (CPPB) from China. CPPB together with its consortium members have executed major refining and/or pipeline projects in India, Chad, Kenya, Thailand, Mozambique and China, among others, (ii) Marubeni Corporation from Japan which has developed power projects, refineries, petrochemical plants, upstream assets and gas infrastructure in a number of countries, including the USA, UK, India, Qatar, Russia, and Kazakhstan, (iii) RT – Global Resources from Russia which is a state international (export) investment development company that finances large infrastructure projects. RT Global resources and its consortium members have developed key refining projects in Russia, and (iv) SK Group from South Korea which owns the second largest refinery in the world of 1.12 million barrels per day.

PETROFAC from the UAE and VITOL SA from Switzerland did not submit proposals. PETROFAC indicated they were opting to concentrate on their core business in Engineering, Procurement and Construction (EPC) for the Upstream petroleum sub-sector. VITOL SA cited internal reasons among the consortium members.

An evaluation team comprising of representatives from the Government of Uganda together with Government’s Transaction Advisor, TaylorDeJongh, will undertake a detailed evaluation of the proposals during June 2014.  The evaluation process is expected to take one month and after which, results will be announced. Negotiations are expected to be concluded by the fourth quarter of 2014.

“The evaluation Criteria will include, but not be limited to, the overall technical experience and financial capacity and the development, financial and commercial plans submitted by the bidders. One of the Government’s objectives is to select an investor that will develop a refinery to convert Uganda’s waxy crude oil into the desired petroleum products that meet set standards”, Mr. Robert Kasande, the Refinery Project Manager in MEMD added.

The technical evaluation will include, inter alia, an assessment of the Project Implementation Plan, relevant experience, operational plan, and local content strategy. The bidders are also expected to detail their Health, Safety, Security and Environment protection strategy together with a Financial Plan, which should among other things, delineate the estimated capital costs of the project, how the investor will raise the required financing for the project, crude oil acquisition strategy and product sales plans.

Government is acquiring 29 Square kilometres of land in Buseruka Subcounty, Hoima District through implementation of a Resettlement Action Plan that provides for compensation and/or resettlement of Project Affected Persons (PAPs) inline with the existing national legislation and international best practices.

The Firms / Consortia including members that have submitted detailed proposals are

For more details on this Project and Uganda’s oil discoveries, please visit www.petroleum.go.ug