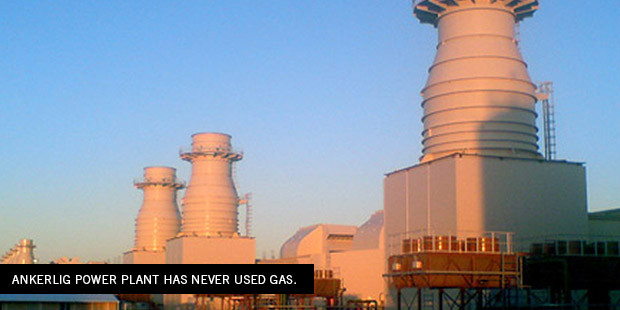 South Africa’s power utility Eskom is hoping to get the government’s mandate to participate in exploration and production of gas in order to reduce the mounting expenses on diesel for some of its electricity plants.

Africa’s largest electricity provider spent a whopping $1billion on diesel fuel in the 2013/14 financial year to enable it to operate its two Open Cycle Gas Turbines (OCGTs) in South Africa’s Western Cape Province. Last year’s expense on diesel is $7.7-billion (or 220%) above the $2.4-billion set aside in the revenue determination by NERSA, the country’s energy regulator, for the period.

The 1327 MW Ankerlig Power Plant is located in the Atlantis Industrial area. The 740MW Gourikwa plant is situated on the west of PetroSA’s Mossel Bay gas to liquid facility. Since they were commissioned in  2007, these supposed gasfired plants have never used gas.

Eskom is hoping to receive government’s mandate to participate in upstream gas activities to expedite the production of unconventional gas such as coal-bed methane and shale gas, which could enable cost-competitive baseload capacity.  Minister of Energy Tina Joemat-Pettersson says that the outcome of an LNG feasibility study that was being undertaken by the state logistics company Transnet, the state hydrocarbon company PetroSA, Eskom and the Department of Energy (DoE) would soon be released.

She is concerned that the inadequacy of the country’s gas infrastructure makes it difficult for gas to feature as a major energy carrier, despite recent discoveries in Mozambique, Tanzania and on South Africa’s West Coast.

The South African government is finalizing the first draft of a Gas Utilisation Master Plan (GUMP) which, among other things, seeks to anticipate the infrastructure necessary to open up gas prospects.

GUMP will investigate integration with the gas finds in Mozambique, the importation of LNG and the networking of various load centres for transporting and storing shale gas from the Karoo. It will look at the development of a gas receiving and storage terminal for Liquefied Natural Gas (LNG), which could be used to meet the gas-to-liquids requirements at PetroSA’s Mossel Bay refinery as well as converting the diesel-fuelled open-cycle gas turbines that are either operational or under development in Saldanha Bay, Mossel Bay, Coega in Port Elizabeth, Durban and Richards Bay to closed-cycle gas turbines, fuelled using gas.