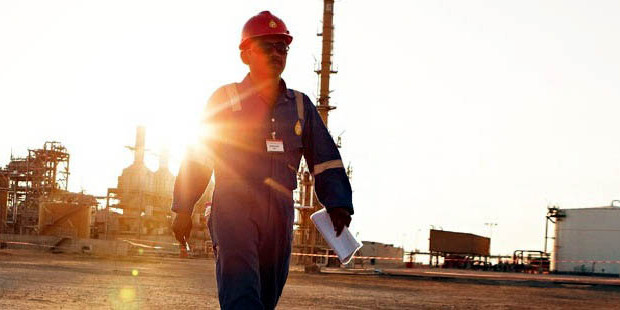 The contract is by Nafusah Oil Operations, formed as a joint operating company by PT Medco EnergiInternasional, (MedcoEnergi), of Indonesia, with its partners, the National Oil Corporation of Libya and the Libyan Investment Authority.

The planned development will consist of approximately 34 producing wells, including eleven existing wells and approximately 23 new wells, flow-lines and a common gathering trunk-line to transport the well fluids to the central gas oil separation facility for primary treatment. After separation, the oil and gas produced will be exported through new pipelines that will be connected into existing pipelines carrying products to the Mellitah delivery terminal, in the northwest of Libya, on the Mediterranean Sea, for export. The planned design capacity of the gas oil separation facility is 50,000 barrels per day (BPD) of oil, 90 million standard cubic feet per day of gas and associated water (to be re-injected into the reservoirs).

“Foster Wheeler has been involved in the Area 47 Development Project for some time, having completed the conceptual study in 2012 and worked on the FEED definition in 2013,” said Roberto Penno, Chief Executive Officer, Foster Wheeler Global Engineering and Construction Group. “Area 47 is located in a relatively remote part of Libya, so the facilities are being designed on a modular basis in order to minimize on-site construction and installation activities, and to accommodate future expansion.”

“Taknia Libya Engineering Company looks forward to the joint execution of this FEED project with Foster Wheeler,” said Tayeb Said, Managing Director, Taknia Libya Engineering Company. “We hope this partnership will open the door for more co-operations between the two parties to execute more projects in the Libyan market and more significantly help enhance the technology transfer programme that Taknia is implementing.”

“To achieve first oil production by the end of 2016, Nafusah is looking forward to have this FEED project completed on schedule or even before in order to start the second phase of the project as early as possible in 2015,” said Mohamed Jamaleddin, Chairman of the Operating Management Committee, Nafusah Oil Operations B.V. Libyan Branch. “We trust that the in-depth technical expertise of the Foster Wheeler and Taknia joint venture will ensure the successful and safe delivery of a high quality project for Nafusah.”