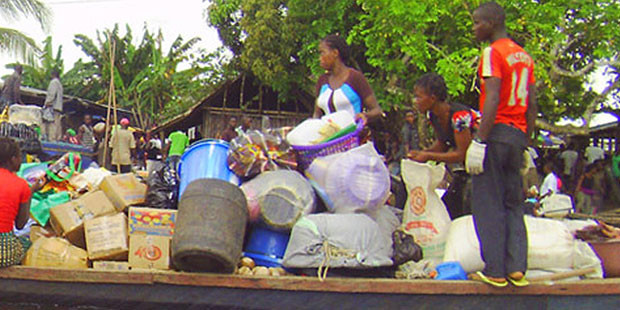 Nigerian independent Century Energy has flowed 2,500BOPD in the first of two planned zones in the Atala-1 well in Oil Mining Lease (OML) 46 in Bayelsa State. The company was in the process of testing the second reservoir as of Thursday, July 10, 2014.  “This is a pure oil play”, a company source exclaimed on phone from the rig Imperial, which re-entered the well in late April 2014. “The Gas Oil Ratio (GOR) is extremely low”.
Century is considering drilling another well on the field, after the second test, “to probe a shallow zone it identifies as better developed in the proposed location”. But there has been no firm agreement on that with Depthwize, operator of Imperial. Century has had funding challenges due to partner issues and the well, company sources explain, was funded out of equity.

Atala-1 is the only well on Atala field, one of the 24 marginal fields awarded to 31 Nigerian companies in February 2003. The field is held by Bayelsa Oil Company, which is owned by the Bayelsa state government. Century farmed in with 35% working interest and 80% working interest in late 2011.

If Century Energy chooses not to drill a second well, Imperial has another well in its sights: Opuama 8, in the NPDC operated Opuama field in OML 40, but the location will not be ready for another two months.

Century’s successful re-entry of Atala 1 is significant, to go by the annals of the field.  Atala was discovered by Shell in 1982 with the drilling of the Atala-1 well to a total depth of 4,058 m. Hydrocarbons were encountered and the well was cased but not tested or completed. Bayelsa Oil executed the farm in agreement with Shell in 2004, a year after it was awarded the field by the Federal Government. In July 2005, Bayelsa Oil entered into a farm-in transaction with Hardy Oil, agreeing to farm out a 20% participating interest to the latter. Hardy Oil also agreed to act as technical partner for the development and operation of the Atala field for an initial five year period from 27 April 2004 with the possibility to extend the term if the Atala Farm-out Agreement was approved by the Nigerian Department of Petroleum. The extension didn’t happen.
Century came into the picture in late 2011 and ran into headwinds after the Governor with whom it secured an agreement left office. After waiting 14 months to resolve the incumbent state government’s suspicion of its farm in deal Century finally moved to location in April 2014.