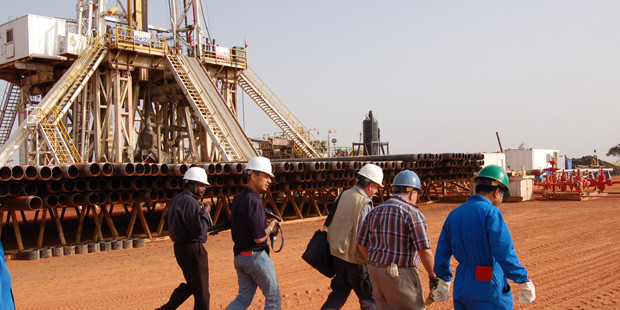 By Mohammed Jetutu, North African Correspondent
German operator RWE Dea plans to add perforations as part of a rig-less campaign on its just concluded appraisal wells in Egypt’s onshore Sidi Salem South East fields. The programme is scheduled for “later in 2014/2015”, according to a company statement.
Rwe Dea didn’t provide details of the thickness of the pay zones, but said that all three wells encountered “gas-down-tos”, an industry term that suggests that the wells did not reach the down dip limit of the reservoir(s), where they would have encountered water. The economic meaning of this statement is that there is some upside potential that have not been probed by the appraisals.
RWE Dea completed the three wells in the Egyptian Sidi Salem South East-1 and Sidi Salem South East-2 Gas Fields between March to May 2014 “with the aim of de-risking reserves and reducing uncertainties of the Late Miocene Abu Madi reservoir prior to production”. The two Sidi Salem South East Fields lie approximately 20 kilometres south-west from the Disouq Central Treatment Plant (CTP) at North Sidi Ghazy Field.
The first appraisal well Sidi Salem South East-2-3 (SSSE), was drilled to test the north-eastern extension of field in a down-dip location 2 km south-south-west of the SSSE-2x discovery well. The well encountered a gas-down-to at -2,647 metres, some 33 metres deeper than the gas-down-to seen in the SSSE-2x well. The second appraisal well SSSE-2-2, targeted the northern field extension and again encountered a gas-down-to at -2,632metres.

The occurrence of gas-down-to levels in progressively down-dip well locations is suggestive that a field-wide intraformational bottom seal is part of the trapping mechanism in the SSSE-2 Field, commented Richard Vaughan, Disouq Subsurface Project Head. The third well SSSE-1-2, was drilled successfully as an appraisal of the separate SSSE-1 structure 1.5 kilometres east of the discovery. “We are very encouraged by the overall results of the recent appraisal wells.” says Vaughan.