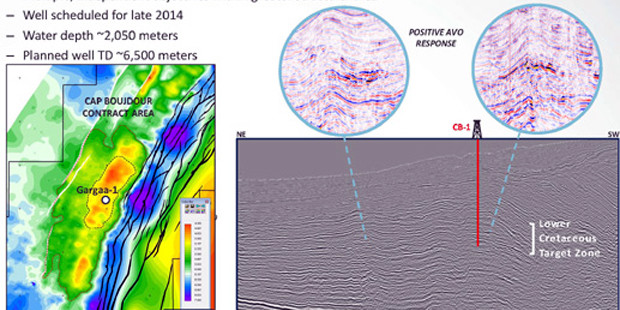 American minnow Kosmos Energy still has, in its sights, a second deep-water well off Morocco in 2014. The 6th generation drillship Atwood Achiever, with a three year contract, will probe the Gargaa prospect with the CB-1 well (Pmean 1+ BBOE) close to the end of the year before it moves to drill other wells for the company. The FA-1 well, Kosmos’ first and only well in the country was drilled, plugged and abandoned with minor oil and gas shows between March and April 2014. CB-1, in the Cap Boudjour Area, is targeting Lower Cretaceous deep-water reservoirs with amplitude versus offset (AVO) support. It has multiple independent objectives within greater structural area. The well will be drilled in about 2,050 metres water depth, to a planned Total Depth of about 6,500 metres.