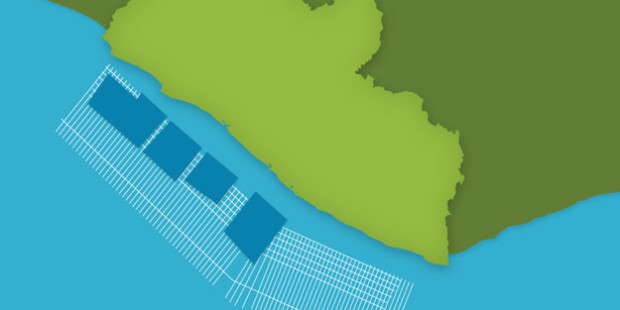 The Liberian bid round is open for three months from 5 August to 31 October 2014. It features four (4) undrilled offshore petroleum exploration blocks over which TGS, the Norwegian geophysical company claims it  has comprehensive, high quality, data coverage constituting.

“The blocks have again become available after being awarded in earlier bid rounds” according to the National Oil Company of Liberia (NOCAL). “The blocks are not covered by the recent moratorium on new bid rounds. No exploration wells have been drilled on any of these blocks”.  The company says that the Liberian Government instructed it “to seek the assistance of TGS, the international geosciences data company, and a reputable international auditing firm in conducting an international competitive bidding process in a manner that is transparent and competitive, and according to international best practices in order to ensure the maximum possible benefit for Liberia”.