With Ubima in The Basket, Eland Is Spreading The Risk 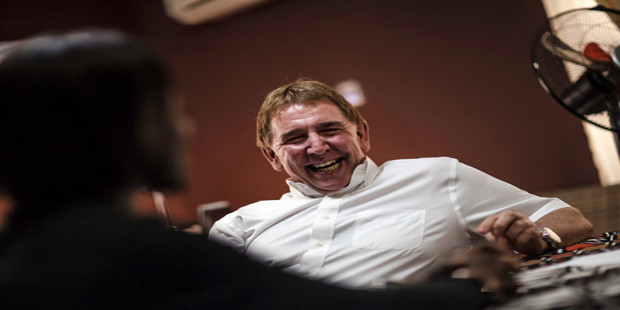 …stuck in slow motion of unlocking the reserves in OML 40

Eland Oil & Gas Limited is hoping to spread its risk in Nigeria by agreeing to acquire a 40% participating interest in the Ubima Field, in the Eastern Niger Delta. The Scottish independent, through its wholly owned subsidiary Wester Ord Oil & Gas Limited, wants to pay a signature bonus of $7 million to All Grace Energy, the Nigerian holder of the marginal field. Contingent on production and receipt of Ministerial Consent to the transfer of the participating interest, the Farminee will part with a production bonus of $3 million.

By agreeing to pay $10Million for part ownership of an asset with 2C resources estimate of 34 MMbbl of oil (independent report prepared by AGR TRACS), Eland is spreading its risk in Nigeria, where it already holds equity in Oil Mining Lease (OML) 40. Eland is stuck in a slow motion of unlocking the reserves in OML 40, largely because it is part of a joint venture which itself is in a joint venture with the state hydrocarbon company NPDC, a chronically inefficient firm. For most of the three years since Eland and the Nigerian minnow Starcrest acquired 45% of OML 40, they were not able to get production out of the asset, largely due to the relatively slow operating procedures by the operator NPDC, a government company. Eland’s CEO Les Blair believes that OML 40 should have been producing 2,500BOPD by late 2013. Instead, the asset was struggling with less than 1,500BOPD by May 2014, before it was shut in due to pipeline leakage.

In Ubima, Eland (through Wester Ord) will be the defacto operator, and would not be burdened by the kind of cumbersome processes it is drawn into in OML 40. “We will be able to lead the development and move quickly to bring these assets into early production generating strong cash flow”, Eland explains. The company is particularly excited about the size of the resource.  “There is also a significant upside 3C resource estimate of 66.9 MMbbl of oil with an extra 2C resource estimate of 97 Bcf of non-associated gas in two reservoirs”, Eland remarks in the release. “Ubima has three dimensional (3D) seismic coverage and four wells have been drilled in the field between the 1960s and 1981 with hydrocarbons being encountered in all four wells in multiple stacked reservoirs”.
The field was awarded to All Grace Energy, a Nigerian E&P company–outside the process of a bid round-in 2011. The award included a commitment to develop viable small scale gas utilisation projects within 30 months of commencement of production. “This could include a small scale power generation project where the availability of electricity in rural areas is severely restricted. The Farmor since the award of the Ubima Field has to date not conducted any work on the Ubima Field and therefore there are currently no profits / losses attributable to Wester Ords’ acquisition of 40% of the field”, Eland contends.

Ubima lies onshore in the northern part of Rivers State and has been carved out of Oil Mining Lease (OML) 17, which is held by Nigerian National Petroleum Corporation, The Shell Petroleum Development Company of Nigeria Limited, Total E&P Nigeria Limited and Nigerian Agip Oil Company Limited. In its release, Eland describes all these companies as “the Head-Farmors”.
The Ubima 1 well was suspended and identified for completion and production by the previous operator, but this programme was not executed and Wester Ord is planning to re-enter this well and perform an extended production test, oil produced will then be trucked to the nearest sales point prior to the Ubima export pipeline being in place. The Company believes that subsequently an initial four development wells can be drilled and put into production 9 to 12 months from commencement of the full work programme. The full work programme is estimated to require development capital expenditure of $125 million; however a proportion of this is anticipated to be met from early cash flows from the extended production test

Wester Ord also entered into a separate commercial agreement to fund the initial work programme. The terms of this agreement entitle Wester Ord to 88% of production cash flow from Ubima until the costs have been recovered. The Company will guarantee the obligations of Wester Ord under the farm-in agreement and the signature bonus will be paid from existing cash resources. The Company is currently in discussions to increase the existing debt facilities to fund the Ubima development.

« Bicta Is Dragged To Court For “Reneging” On Contractual Obligations
Oando Ventures Into Mozambique, Angola »