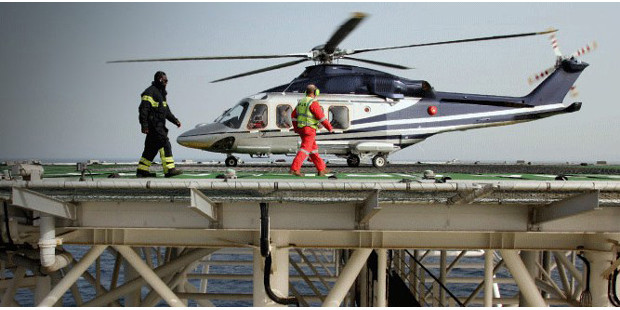 It has chosen some of the continent’s riskiest basins

Australia’s top exploration and production (E&P) company is firmly back in Africa, seven years after it sold off its entire hydrocarbon property on the continent, some of it at a loss.

Woodside Petroleum is in league with the American independent Noble Energy, in a Production Sharing Contract (PSC) covering Block F15 in the Gabon Coastal Basin. Under the terms of the PSC, Noble Energy will be the Operator with a 60% working interest with Woodside Petroleum Ltd., who will have the remaining 40 % working interest.“This is yet another exciting opportunity for us in Africa, building on recent acquisitions in Tanzania and Morocco,” CEO Peter Coleman said yesterday, August 11, 2014.

Last month, Woodside advised that it had finalised an agreement, each with Beach Energy to farm-in to 70% interest in the Lake Tanganyika basin in western Tanzania and Chariot Oil and Gas for 25% interest in Doukkala Basin offshore north western Morocco.

“Once again”, Mr. Coleman said of the Gabon farm-in, this opportunity reflects our disciplined and strategic approach to studying regional petroleum systems and is a good fit for our core capabilities in deepwater exploration.”

Deep-water Morocco and Gabon look, on the surface, a little dodgy for a companythat decided to leave Africa seven years ago to focus on more valuable projects back home in Australia. Morocco has had five disappointing wells in less than a year, four of them in deep-water acreages. Gabon’s deep-water Block F15 has a number of “substantial subsalt leads”, according to Noble Energy, but there haven’t been significant commercial discoveries in the country’s subsalt trend after three wells in the last 20 months.

Woodside left Africa in 2007 after disappointing production performance of the offshore Mauritanian field, the Chingueti, its jewel on the continent. The field’s output dropped from 75,000BOPD to 15,000BOPD in less than eight months after commissioning in February 2006.The following year it left, dumping along the way, acreages in Kenya in East Africa, Algeria and Libya in North Africa and Sierra Leone and Liberia in West Africa. Don Voelte, Woodside’s CEO at that time, was clearly in haste. In Algeria, he gave up the company’s 15% in the $1Billion Ohanet project as well as equity in the 2317 km2 401d block in the Berkine Basin, located along a trend line of oil and gas discoveries on the Algerian-Tunisian border.

Block F15 is situated approximately 140 kilometres off the coast of Gabon and covers over 2,700 square kilometres. Water depths range from 2,300 to 3,000 metres The PSC includes a four-year seismic commitment and a future option for exploration drilling.

« Etinde: Government Yet To Approve Operatorship
Liberian Bid Round Kicks Off, Ends October 2014 »