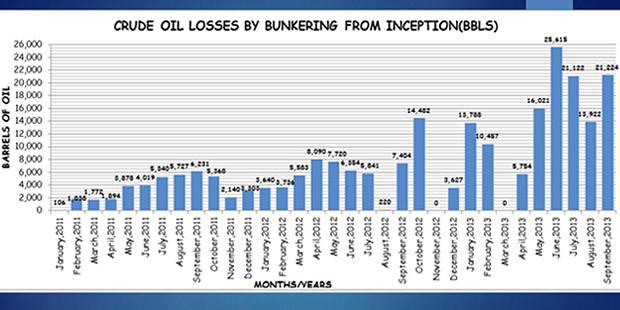 ..But it is more than double what the company is able to sell

Nigerian marginal field producer, Energia, has been granted “technical allowable production” of eight thousand and fifty Barrels of crude oil per day (8,050 BOPD) from the Ebendo field in the Western Niger Delta by the Department of Petroleum Resources (DPR), the country’s regulatory agency. The company claims it has achieved “producibility of 10,300BOPD”.

This means that the DPR has granted Energia the permission to produce up to 8,050BOPD, based on the delivery of the reservoirs during drill stem tests. The producibility of a field is always higher than what the DPR ‘technically allows’.  If a reservoir flows at a certain rate during test, the DPR, using the test results and other parameters, approves a production volume lower than the ‘producible’ rate. Felix Amieyeofori, CEO of Energia, says that the company already has daily production capacity of 6,472 BOPD, out of seven strings. “We have eight (8) strings that are connected”, he explains in a statement. “We have one more string that requires water shut off operation, which should add another 1,000 BOPD, bringing field producibility to about 11,300 BOPD and a possible technical allowable of 9000 BOPD”.

These figures are, however, way higher than what Energia is able to pump to the market. Energia was only able to inject 3,420BOPD of crude into the evacuation system on August 19, due to the constraints imposed by Agip, the local subsidiary of ENI, which owns the facility. On July 31, Energia injected 2,852 BOPD.

Ebendo was awarded to Energia and Oando, in a 55%/45% equity split, with Energia as the designated Operator in the 2003 Nigerian Government/DPR Marginal Field rounds. Energia brought Ebeno online in 2009. The company later constructed 25 MMscf/d gas processing plant on the field. “We plan to resume drilling operation in 1st quarter 2015 and hope to achieve end of year production of 15-17,000 BOPD”, Amieyeofori says.  “We are also working on conceptual mini refinery project of 10,000 BOPD to increase the total value chain and to ensure uninterrupted production of our assets in the face of these pipeline vandalization and illegal bunkering”.