GE and Standard Bank Collaborate in Lighting up The Continent 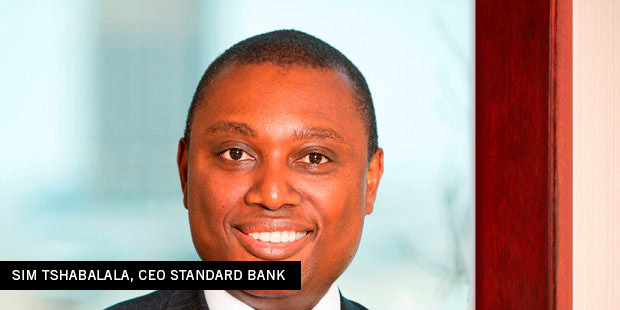 Standard Bank and General Electric reaffirmed their commitment to Africa at a power financing round table held in Washington DC, on the sideline of the US Africa Leaders’ Summit, the largest gathering of African heads of state and government as well as key stakeholders to visit Washington on any one occasion.

Standard Bank is the continent’s largest lender by assets. General Electric is an American multinational conglomerate corporation with revenue of $146 Billion in 2013. The strategic partnership has already seen both companies commit to a $350 million financing agreement aimed at improving access to power infrastructure in Africa. “Africa needs to add an extra 300 gigawatts (GW) of power generating capacity over the next 15 years in order to meet demand which is expected to grow at an average annual rate of 3% over the next two decades”, Standard Bank says in a statement. “According to the International Energy Agency, sub-Saharan Africa requires more than $300Billion in investment to achieve universal electricity access by 2030”.

The partnership sees both parties aiming to bridge the power financing gap in Africa. Sim Tshabalala, Chief Executive Standard Bank Group, says solutions to meet Africa’s growing energy demands will only be possible once developers, governments and funders reach a common understanding of the risks, pricing and regulatory imperatives needed to facilitate the required investment. “There are significant opportunities and a viable investment case for governments across Africa to provide the lion’s share of long tenor debt funding given the solid returns on investments in power generation and distribution.”

Mr. Tshabalala says “Standard Bank works with investors to offer them a sustainable and structured model to finance power and infrastructure projects appropriately. On-going strategic partnerships with stakeholders like GE, allows us the opportunity to provide access to energy across the continent. In tandem, we are also playing an active role in supporting the policy reform process that should facilitate additional private sector investment in power.”

Africa’s inadequate power infrastructure is a serious constraint to sustained growth and creates significant transaction costs for firms operating on the continent, which is home to 15% of the world’s population yet produces just 3% of the its energy output.

Decades of inadequate investment in infrastructure along with a lack of policy clarity and poor planning by regional governments means that many sub-Saharan African countries continue to battle inadequate power supply. Power outages cost more than 5% of gross domestic product (GDP) in Malawi, Uganda and South Africa; and between 1 and 5% of GDP in Senegal, Kenya and Tanzania.

“Standard Bank’s view is that there are many financing options on the table, if the economic opportunity is considered seriously,” said Mr. Tshabalala. “For example, new generation planning requires a complete financial model. Critical to success is the need for greater certainty in terms of creating environments conducive to investment which then makes it easier to attract the required investment into the sector, especially within emerging markets.”

He cautions however, that in terms of pricing, there are still many hurdles to overcome. One example is where power tariffs are set below the replacement cost of production, which then acts as a disincentive to investment in new plants.

“The bottom line is that African governments need to take these harsh economic realities into consideration and advance sector reforms,” said Mr. Tshabalala. “Only then will they boost their access to capital markets and better position themselves to fund the large-scale power developments that are crucial to their economic futures.”