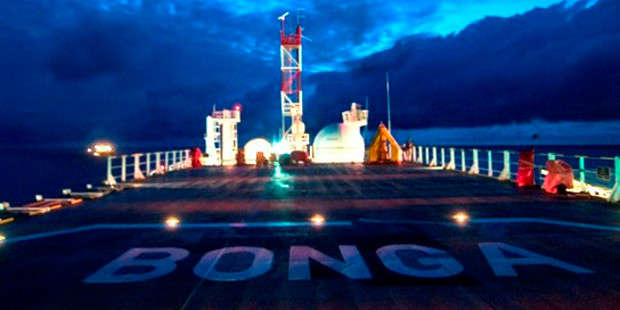 Anglo Dutch super major Shell has put, online, first oil from the Bonga North West field offshore Nigeria. The event was announced at a field development session in the course of the conference of the Society of Petroleum Engineers (SPE) currently ongoing in Lagos.

The deepwater field is, as its name implies, a satellite pool to the main Bonga Field (Bonga Main), which commenced production in November 2005.It islocated in the water depths of about 1,200 metres northwest of the Bonga Main Field in Oil Mining Lease (OML) 118. The field development was sanctioned in December 2010.

The Bonga North West field development concept is a subsea tieback of six (6) wells to Bonga Main Floating Production Storage and Offloading (FPSO) using the existing subsea infrastructure of Bonga Main. The operator had targeted first oil date of Q3 2014 from the day of project sanction. This is the first tieback project to an existing FPSO in Nigeria and it will bring in about 50,000BOPD incremental oil to maintain production plateau of Bonga Main FPSO, which is currently producing about 120,000BOPD.