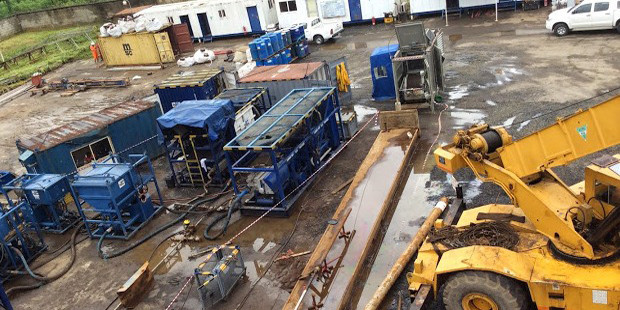 The Etom-1 well in Kenya’s Block 13T encountered only 10 metres of net oil pay, in several sands. (Operator Tullow Oil didn’t disclose how many reservoirs). But what’s important about the well is that “it is the most northerly well drilled to date in the South Lokichar basin, 6.5 km north of the previous Agete-1 discovery”, the company notes in its operational update. Thus, the pimple sized discovery notwithstanding, Etom-1 has extended the proven oil basin significantly northwards. “Based on this result the ongoing 550 km2 three dimensional (3D) seismic survey in the South Lokichar basin has been extended to cover a further 247km2 in this northern area, including several similar prospects which are scheduled to be drilled in 2015”, Tullow says.
The Weatherford 804 rig drilled the Etom-1 well to a final depth of 2000metres. “The well will be suspended for use in future appraisal and development operations, following which the rig will move to drill the Kodos-1 well in September 2014 to test the first of several prospects identified in the neighbouring Kerio Basin”.