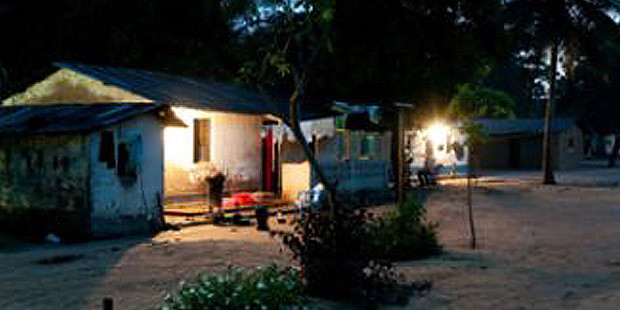 Oil of DRCongo got one of the world’s largest media houses to report it had “discovered around three billion barrels of oil in the Democratic Republic of Congo”, even though it had not drilled a single well. The company holds licences in Blocks 1 and 2.

With an attention grabbing headline: “Israeli billionaire finds Three billlion barrels of oil in Congo”, Reuters, the planet’s top news agency, simply filed the statement by the exploration subsidiary of Fleurette Group, adding, matter-of-factly that “The crude was discovered around Lake Albert on Congo’s eastern border with Uganda”. Dan Gertler, an Israeli businessman close to the Congolese president, owns the Fleurette Group, which has substantial holdings in Caprikat and Foxwhelp, of which Oil of DRCongo is a subsidiary.

You would have to read beyond two paragraphs of the story to find that the oil hasn’t exactly been found.

A discovery only comes after a well has been drilled. But what Giuseppe Ciccarelli, CEO of Oil of DRCongo, bases his “findings” on are “very positive results from our extensive seismic campaign”. And Peter Jones, Reuters reporter, didn’t even bother to interrogate that statement.

Mr. Cicacarelli got a good press, but not every medium was as excitable as Reuters. The headline, by Platts Oilgram,  simply noted that Oil of DRCongo’s “seismic survey indicates 3 billion barrels”. The journal didn’t imbue Cicacarelli’s story with the certainty that Reuters did.

Oil companies, especially junior ones like Oil of DRCongo, frequently make claims about sizes of reserves in their concessions, but when there is no well drilled, they get certification companies like Gaffney Cline Associates, RPS or any other such well equipped entity, to evaluate the seismic data and produce “Competent Person’s Reports”, which, in this kind of case, state ‘contingent resources’, not ‘reserves’.

Mr. Cicacarelli clearly had a motive for making such a wild statement that billions of barrels of crude oil had been “discovered” on Congo’s eastern border.

Caprikat and Foxwhelp, incorporated in the British Virgin Islands, have held the assets since 2010, when it was awarded under controversial circumstances (Blocks 1 and 2 were taken away from Tullow Oil and handed over to Caprikat and Foxwhelp). Oil of DRCongo had desperately sought partnership of major companies with technical capacity to help with developing the blocks. None of them, including TOTAL and CNOOC, was keen on joining in.

In 2012, the government of the Democratic Republic of Congo threatened to withdraw the licences, if Oil of DRCongo did not speed up their development.

Let’s assume that the company has actually covered approximately 700km offshore and 150km onshore in its seismic campaign (1st and 2nd phases) in which it claims to have invested “above $20 million on the seismic investigations” . Let’s also agree it has spent, in excess of $75 million “in the exploration works of the Blocks I & II”, perhaps outside core seismic activity, this sum of money is significant enough for pre-drilling, exploratory phase. The company doesn’t have to make wild claims about billions of oil it has not discovered.