Oyo-8 Extends the Pool To The East 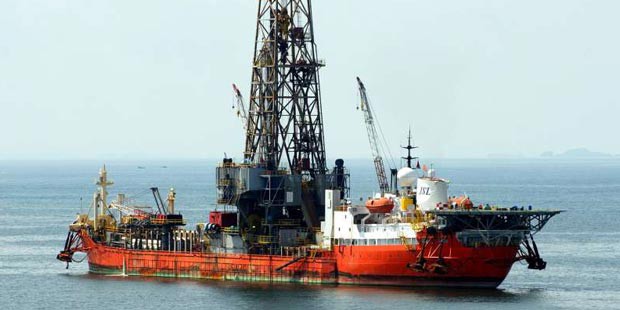 The Oyo-8 well, designed to test for additional hydrocarbons in the previously undrilled Eastern fault block of the Oyo field, has delivered as prognosed, according to Camac Energy, the Nigerian minnow and operator of the field. The deepwater field is located in water depths of around 300 metres offshore Nigeria, in Oil Mining Lease (OML) 120.
The Oyo-8 well commenced drilling operations on June 15, 2014 and has both a vertical and a horizontal section. It drilled to the planned total depth (TD) of 1805 metres, “and successfully encountered four new oil and gas reservoirs with total gross hydrocarbon thickness of 34 metres based on results from the logging-while-drilling (LWD) data, reservoir pressure measurement, and reservoir fluid sampling”, the company says in a release. “The well will now be completed horizontally as a producing well in the Pliocene formation of the Central Oyo field. Oyo-7, which was successfully drilled in October 2013, will also be completed horizontally in the Pliocene formation of the Central Oyo field”, Camac explains.

“This is an excellent result from the vertical section of Oyo-8, as it positively established oil presence in new reservoirs in the Eastern fault block. We have commenced a detailed evaluation of the results with a view to establishing the size of the incremental reserve additions,” adds Segun Omidele, Senior Vice President of Exploration and Production. “We are one step closer to bringing these two high-impact development wells on production that will generate immediate revenues, cash flow, and earnings for our shareholders.”