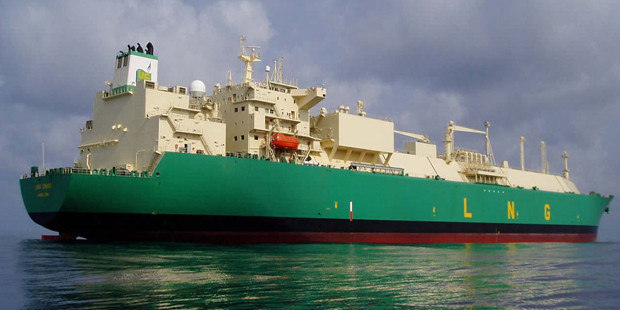 Africa may become the site of some of the world’s largest Liquefied Natural Gas (LNG) export terminals in the next decade, but for now, the fortunes of the product are in decline on the continent.

True, there are plans for Mozambique to habour over forty million tons per annum (40MMTPA) capacity LNG Trains by 2025 and for Tanzania to host more than 15MMTPA around the same time frame, but as of today, most of Africa’s LNG exporting nations are struggling to deliver.

Algeria increased its production of LNG, on the back of a new train, by 19.9% in the first three months of 2014, according to the country’s National Office of Statistics. However, the new production volume is topping up an output that has been depressed for years. When LNG export dropped to 14.7MMTPA in 2010, it was the lowest level in almost 15 years. But it has kept on dropping. Algeria’s 2013 LNG export was 10.4MMTPA.

Nigeria exported 19.8 MMTPA of LNG in 2012, accounting for more than 8% of globally traded LNG, and making it the world’s fourth largest LNG exporter. But this is way much lower than the ambitions of Africa’s largest holder of natural gas reserves (2013 reserves estimates: 182 Trillion Cubic Feet Tcf). The country has had three LNG projects, with capacity for 23MMTPA, on the drawing board for upwards of nine years. None of them- Olokola LNG (10MMTPA), Brass LNG (5MMTPA) and the seventh train of the Bonny LNG (8MMTPA)- looks likely to be sanctioned before 2015. The Olokola project seems to have collapsed even before takeoff.

Egypt was the toast of the LNG market when it launched two LNG projects a year between one another. ELNG Train 1 took off with a supply of 565MMscf/d in 2005. ELNG Train 2 was supplied with an equal volume of gas on commencement in 2006. These were roughly 4.2MMTPA each. Gas is produced into a central processing facility, from where it is distributed to export (LNG, Pipelines) terminals and domestic receiving points. International Oil Companies (IOCs) produce the gas, but the government controls the distribution. In the last three years, Egypt’s domestic gas needs have increased at a geometric pace. The country’s LNG export has been declining, more as a result of the government’s diversion of volumes of gas for domestic purpose. The British Gas company BG, which is Egypt’s largest producer, has been hurting. “Diversions to the domestic market have been higher than expected”, BG has repeatedly stated in reports. “BG Group has been unable to meet in full its obligations to deliver gas to Egyptian LNG and given the current levels of domestic diversions and the continued uncertainty around the level of future diversions, BG Group has served Force Majeure notices under its LNG Agreements”, the company notes.

Angola’s LNG has faced challenges since commencement. The $10 billion, 5MMTPA plant stopped work as a result of a leak in April 2014, less than a year after first cargo. It is expected to restart in the middle of 2015. The plant has experienced halts since production started in June 2013, after an 18-month delay caused by several fires and accidents.