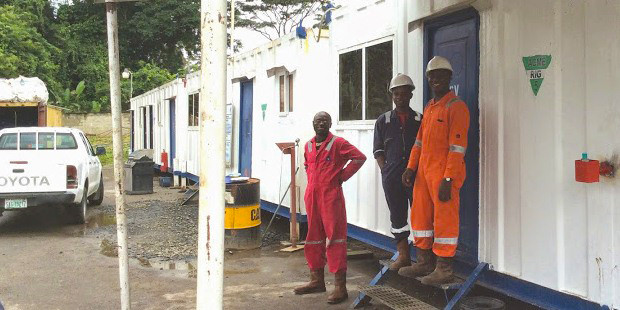 By Sa’ad Bashir, in Dar-es-Salaam

A consortium led by Maurel & Prom has signed a gas sales and purchase agreement with Tanzania Petroleum Development Corporation (TPDC), for the long-term sale of natural gas from the Mnazi Bay and Msimbati fields in southern Tanzania to the government owned and operated Mtwara to Dar es Salaam pipeline and Madimba central processing facility (Pipeline Project) currently under construction and scheduled for completion and commissioning in Q1 2015.
Pursuant to the Mnazi Bay GSA, the Mnazi Bay Partners (M&P, Wentworth and TPDC) are contracted to supply to the Pipeline Project up to a maximum 80 Million standard cubic feet per day (MMscf/day) of natural gas during the first eight months with the option to increase over time to a maximum 130mmcf/day of natural gas for up to 17-year supply period. The gas will be sold and purchased at the inlet to a 16 inch pipeline connecting the Mnazi Bay gas production facility to the Madimba central processing facility.
The initial delivery is expected to begin during the period 22 January 2015 and 22 April 2015 and be at a fixed price of US$3.00 per mmbtu (approximately US$3.07 per Mcf) escalating with United States CPI Industrial index. The Mnazi Bay GSA is subject to certain conditions, including the Tanzanian government providing all necessary approvals and providing an executed version of payment security agreements.
With a long-term contract in place, the Mnazi Bay Partners will use the time before the commencement of first gas delivery to construct and commission the necessary surface infrastructure, inclusive of separation facilities and flow lines, to tie existing wells into the Pipeline Project. Gas will be produced from the existing four wells in the Mnazi Bay and Msimbati fields and these wells are expected to be capable of producing natural gas sufficient to meet the initial 80mmcf/day delivery volumes under the Mnazi Bay GSA.
Maurel & Prom is operator and holds a 48.06% participation interest in production operations and 60.075% participation interest in exploration operations. The remaining participating interest in production operations are held by Wentworth with 31.94% and TPDC with 20%.
The Maurel & Prom Group entered Tanzania in July 2004 with the Bigwa-Rufiji-Mafia permit, which it operates with a 60% interest. It further strengthened its positions in 2009 by acquiring the production permit for Mnazi Bay, which it operates with a 48.06% interest, from Artumas. In less than 10 years, Maurel & Prom has built a strong reputation as an onshore operator with the Tanzanian authorities and local stakeholders. The Group is recognised as having been a pioneer in a region that is estimated to have very strong potential for gas.
The Mnazi Bay field will move into production in 2015, enabling the Group to generate a second source of cash-flow, alongside its operations in Gabon. This represents a significant step forward with developing the value of this asset, which will contribute to the Group’s cash-flow on a long-term basis from next year.
With the signing of this contract, the Group will be able to book the reserves from the Mnazi Bay field.
The teams that have been working to develop these assets are delighted with the development of their activities, while their efforts will be rewarded shortly when the gas pipeline is brought into service.