Statoil Returns to Work at In Amenas 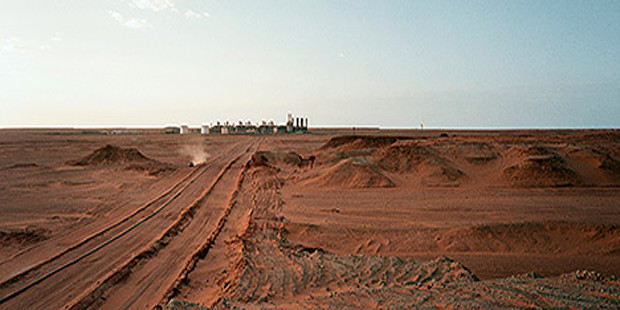 Norwegian operator, Statoil says its executive management has decided that “ordinary rotation” is to be resumed at the In Amenas Gas plant in Algeria, “as all defined security measures have been implemented”.

Statoil and other partners withdrew their staff after an attack by Islamist militants led to the death of 40 workers at the plant in January 2013. The attackers took foreign workers hostage in a four-day siege that ended when Algerian forces stormed the facility.  For all of the 19 months since, Statoil had kept its permanent workers away from the plant, which it operates jointly with BP and Sonatrach, the Algerian state hydrocarbon company.

Natural gas output at In Amenas averaged 4.1 billion cubic metres (Bcm) or 145 billion cubic feet (Bcf) in 2013, according to the United States’ Energy Information Administration (EIA). Prior to the attack, In Amenas output averaged 7.8Bcm/y (or 275Bcf/y) of dry natural gas, accounting for almost 10% of Algeria’s dry natural gas production and almost 16% of exports in 2012. Natural gas plant liquids (NGPL) are also produced at the In Amenas fields and averaged 43,400 barrels per day (bbl/d) in 2012, the EIA reports, although nameplate capacity is around 60,000bbl/d, according to MEES. Despite the absence of some personnel, production at In Salah remained relatively unchanged at 8.2Bcm/y (290Bcf/y) in 2013, compared with the previous year.

The invasion damaged two of the facility’s three processing trains, each of which could process  up to three billion cubic meters per year (Bcm/y), or 106 billion cubic feet per year (Bcf/y). Production at the plant was first partially restarted at the end of February 2013 at one of the three trains. Currently, two of the three trains are operating.

Statoil says that its management had approved the return of temporary manning to the plant as at June 2014, “to finalise the implementation of the outstanding security requirements.

“The goal was to verify the implementation of the last security measures and to prepare for a resumption of ordinary operation at In Amenas. During the autumn of 2013 and early in 2014 it was decided to resume ordinary operations at the other locations in Algeria.

“The decision to resume ordinary operations also at In Amenas is the result of a thorough and stepwise process of identifying necessary security measures, implementing them and validating that they are in place and operational,” says Lars Christian Bacher, executive vice president for Development & Production International (DPI).

“Since the In Amenas attack, Statoil has worked systematically with its partners in Algeria with the aim of resuming ordinary operations in Algeria. The security improvements at In Amenas are also based on recommendations of the investigation conducted after the attack.

“In parallel with this work, the company has carried out a continuous and comprehensive improvement effort to enhance the general security work in Statoil. The goal of this programme is to achieve considerable improvements both with regard to awareness, organization, systems and use of resources”.

Through the security improvement effort at the Algeria plants the joint venture has introduced physical security measures at all operating plants.