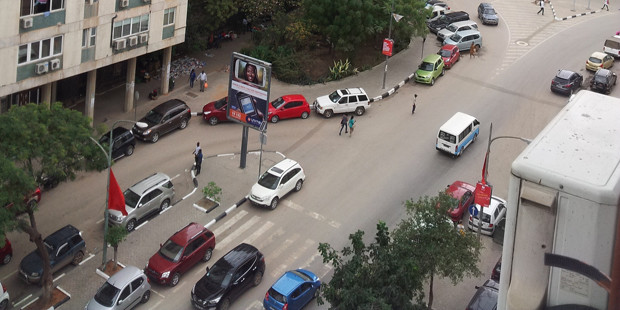 Italian operator ENI, is evaluating an early tie-in of its latest discovery to an existing Floating Production Storage and Offloading (FPSO) facility in Block 15/06 off Angola. ENI announced a new discovery in the Block on September 17, 2014 and said it was optimistic that the pool would be brought into production in “record time”. The discovery well, Ochigufu 1 NFW, is located 9.8 kilometers from the Ngoma FPSO, which is expected to drain the reservoirs in the West Hub cluster.

Ochigufu 1 NFW was drilled by the newly built drillship Ocean Rig Poseidon. It encountered 47metres of proved net oil pay of 34°API gravity in the Lower Miocene and Oligocene sandstones in the Ochigufu exploration prospect. The well reached a total depth of 4,470metres in a water depth of 1,337metres. ENI estimates that the well proves up 300 million barrels of oil in place.

The Ngoma FPSO is designed to handle 100,000 barrels of oil production per day. It is expected to come on line by late December 2014.

The Ochigufu 1 NFW discovery is the 10th commercial oil discovery made in Block 15/06 after the Vandumbu 1 well, located approximately 150kilometres from the coast was drilled at a water depth of 976metres and reached a total depth of 4,107metres in March 2013.  In Block 15/06, the two oil development projects that have been sanctioned are the West Hub and East Hub projects. Production start-up of the West Hub project is through FPSO Ngoma, and it is expected by the end of 2014.

ENI operates Block 15/06 with a 35% stake. The other partners of the Joint Venture that have interests in the block are Sonangol P&P, the state hydrocarbon company, with 30% stake; SSI Fifteen Limited (25% stake); Falcon Oil Holding Angola SA (5% stake) and Statoil Angola Block 15/06 (5% stake).