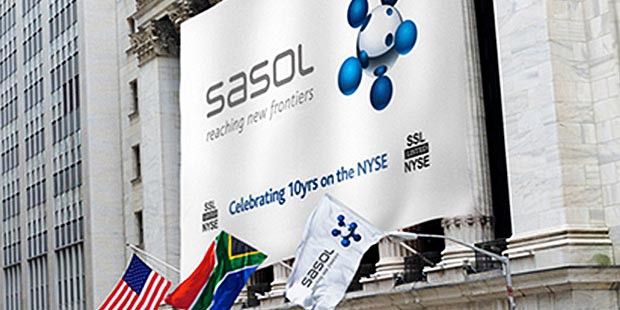 Wants to be a trusted partner to countries seeking to add value to their hydrocarbon reserves.

Sasol CEO David Constable heartily declared the company as having “outperformed our previous best efforts”, with the annual report citing synfuels production of 7.6 million tons, the highest in a decade.

Mr. Constable claimed the credit. “The all-encompassing changes we have introduced in the last three years, have set the scene for us to deliver on our strategy as a more efficient, effective and competitive organization”, he said. The CEO assumed the position on July 1, 2011, three years and two months ago. “The benefits of the detailed work we have done to reposition, restructure and re-energise the company are already evident in our performance, and in the commitment of our people”.

Sasol recorded an operating profit, after remeasurement items, of $3.88 billion for the year, up 7%, excluding our share of profits of equity accounted joint ventures and associates of $380 Million, which includes the company’s ORYX GTL plant. “This achievement was on the back of an overall improved operational performance”, Constable said. “Operating profit was boosted by a 17% weaker average rand/US dollar exchange rate (R10,39/US$ at 30 June 2014 compared with R8,85/US$ at 30 June 2013), and a progressive improvement in chemical prices, while the average Brent crude oil price (average dated Brent was US$109,40/barrel at 30 June 2014 compared with US$108,66/barrel at 30 June 2013) remained flat”.  The report said the company’s share price increased by 47% over the financial year closing at $68.82.

Constable talked up more of his tenure at the helm. “Over the last three years, the compounded annual growth rate of headline earnings per share increased by 21%, and dividends by 18%. This outstanding performance sets the platform for what is the beginning of a new era for the group. In this new era, our focus will be on becoming a leading monetiser of natural resources, and a trusted partner to countries seeking to add value to their hydrocarbon reserves.”