Tanzania to Construct New Port for $10Billion, Over 30 Years 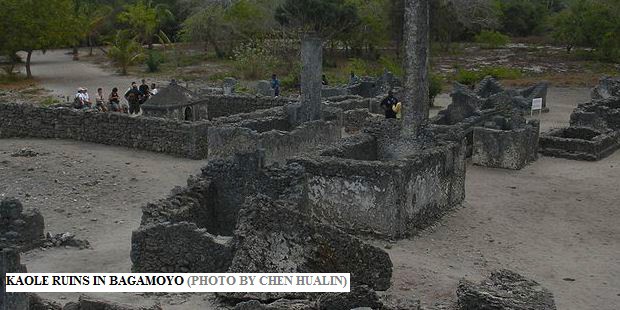 By Sa’ad Bashir, in Zanzibar

Tanzania is negotiating the construction of a new port in the historic town of Bagamoyo, 75kilometres north of Dar-es-Salaam on the coast of the Indian Ocean. It is expected to be the largest port on the country’s eastern coast, with capacity to handle 20 Million containers a year.

The initial agreement with Chinese sponsors estimates a cost of $10 billion, in phases over a period of 30 years. Bagamoyo was the most important trading entrepot of the east central coast of Africa in the late 19th century. But it has long ceased to be an influential site of mercantile activity. Tanzania’s decision to establish a new port here is tied to the anticipated growth of the natural gas-related economy. Between 2010 and 2014, oil and gas companies reported discoveries of over 20 Trillion Cubic feet of gas in the deep waters off the country. The port will host a Special Economic Zone (SEZ) to foster economic development through promotion of exports. The government wants the Tanzania Export Processing Zones Authority (EPZA) to be fully in place within the first 10 years of construction of the Bagamoyo Port.

The first phase in the plan envisages the completion of the quay side, the container yard, the dust cargo terminal and the dredging by 2017 with an upgraded capacity to handle 20 million containers a year, thereby making the port the largest on eastern coast.

The primary investor in the construction and development of the Bagamoyo Port is China Merchants Holdings International (CMHI), the world largest independent port operators.