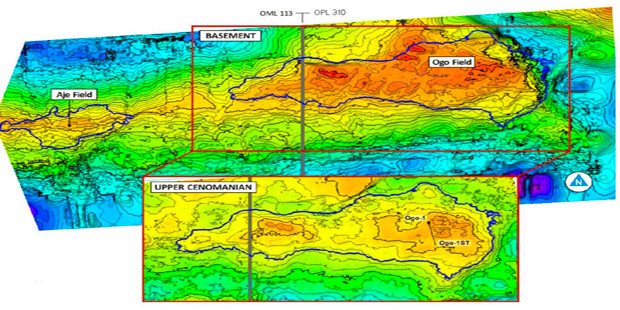 Afren and partners Optimum and Lekoil are not looking forward to drill the first appraisal of the Ogo discovery well in 2014. Ogo-1, in Oil Prospecting Lease (OPL) 310, was one of the top five discoveries around the world in 2013, with P50 resources estimates of 774 Million barrels of oil equivalent (MMBOE), two thirds of which may be gas.

With such relatively large resource, (about 250MM Barrels of oil in less than 100metre water depth), there were expectations that an appraisal of the discovery would follow in 2014, although the partners were not certain.

Apart from the fact that the seismic programme from acquisition to interpretation-has not been concluded, Afren is in conversation with the acreage holder Optimum Oil &Gas, regarding the former’s farm out to Lekoil. Optimum is concerned that the value accrued to Afren from the farm out is far in excess of the value it (Optimum) gained in farming out to Afren. In spite of the conversations around these concerns, however, the work-flow continues.

In its 2013 annual report, Afren remarked on the commencement of an extensive 2,716 km² three dimensional (3D) marine seismic programme across OPL 310 and the neighbouring Oil Mining Lease(OML) 113 licence in March 2014 to complement the existing coverage on the two licences. “The seismic programme will establish the full extent of the syn-rift play and further dip-closed structures to the north and east of the Ogo discovery”, the company explained. The Partners expect to commence appraisal drilling following the completion of the seismic programme.

Afren has been busy with the drill bit in 2014; it is currently on a six well campaign on the Ebok field and a two well programme on the Okoro field. Afren’s subsidiary First Hydrocarbon Nigeria (FHN) is involved in a five well back to back campaign in the Ogini Field in Midwestern Niger Delta. But an Ogo-2 drilling, in 2014, is off the radar.

The 1st Half 2014 report shows clearly that the seismic programme is not near completion all the way to final interpretation. Afren’s expected milestone for the field is to “fast track 3D cube from OPL 310/OML 113 seismic campaign”. In plain language, this means that interpretation of seismic data set acquired on these two acreages are still ongoing. The interpretation leads to well location.