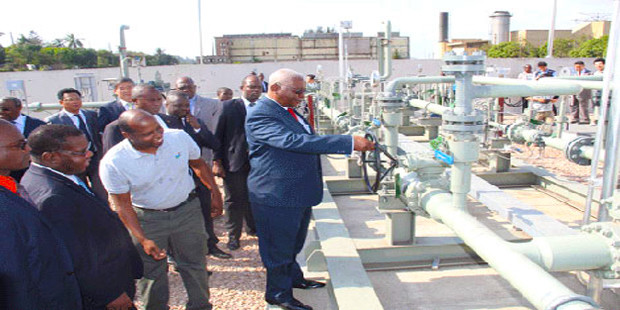 Mozambique has commissioned the landmark Gas Distribution Project of Maputo and Marracuene (PDGM), expected to supply natural gas to households and businesses in those two cities in the south of the country.

The distribution of natural gas will allow Mozambique to save on fuel imports, which will obviously have an impact on the balance of payments and on gross domestic product (GDP), President Armando Guebuza said at the commissioning.

The gas comes through the 30km pipeline owned by Matola Gas Company (MGC), which is connected in Ressano Garcia (near the border between South Africa and Mozambique), to the Sasol operated pipeline that runs from Pande to Secunda in South Africa. Sasol is making available to state hydrocarbon company ENH, in an initial phase, 5.5Billion cubic feet of gas a year for a period of 20 years.

Construction of the PDGM network began on 24 April, 2013, with an expected duration of one year, following a concession for distribution and marketing of natural gas in those two regions. The concession was granted in November 2009 ENH, which established the ENH-Kogas partnership with Kogas, of South Korea, the company that funded the $40 Million project. The project was completed in May 2014.

« M&P Sells Tanzanian Gas for $3.07 per Mcf
Egypt to Reduce Debt on the Back of New Project »