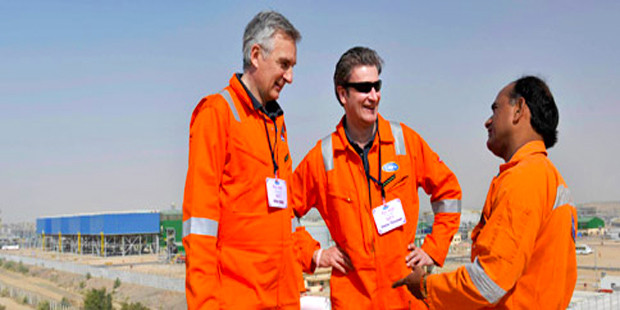 London listed Cairn Energy has given notice that Senegal is about to join the oil club. On October 7, 2014, the Scottish independent announced an oil discovery offshore the Northwestern country, one of the least explored territories on the continent. The FAN-1 exploration well, located in 1,427metres water depth and approximately 100kilometres offshore in the Sangomar Deep block, was drilled to the Planned Total Depth (PTD) of 4,927metres, targeting multiple stacked deepwater fans.

Cairn has no plans for immediate well testing. The company’s Preliminary analysis indicates:

“Further evaluation will now be required to calibrate the well with the existing 3D seismic in order to determine future plans and optimal follow up locations to determine the extent of the discovered resource.

“Once operations are completed on the FAN-1 well, the rig will move to complete the second well, SNE-1 where the top hole has been drilled pending re-entry. This Shelf Edge Prospect targeting a dual objective in 1,100m water depth is in the Sangomar Deep block”.

The FAN-1 well was drilled using the semi-submersible drilling unit “Cajun Express“. It is the third well in Cairn’s North West Africa programme and first in Senegal.