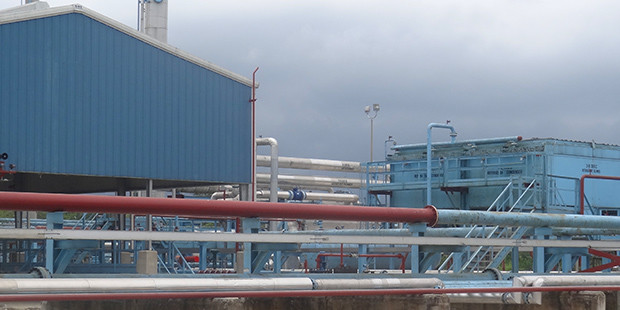 Gas from Ogbele is currently being produced from the G3 reservoir in Ogbele 1. This is expected to be augmented in the 4th quarter of 2014 with gas from the E6 and E 7 reservoirs in Ogbele 6, which was completed in 2Q 2014. With the results of Ogbele 8, the reservoirs: E8, G1 and G3 will be part of the pool from which to draw from.

Drilling and completion of Ogbele 8 is part of the company’s $90 Million, two year campaign involving 6-8 wells. The Acme 5 rig has now moved to another slot where it will drill Ogbele 9, 10 and 11.

Does it mean, then, that the company will increase its output to the NLNG system? The economics, Fatona contends, “will be driven from the perspective of a wider gas purchaser base”. He explains: “We are becoming a modest gas player”.

« Ophir To Try Again In Block 7
Ophir Encounters Two More Dusters, Back To Back »